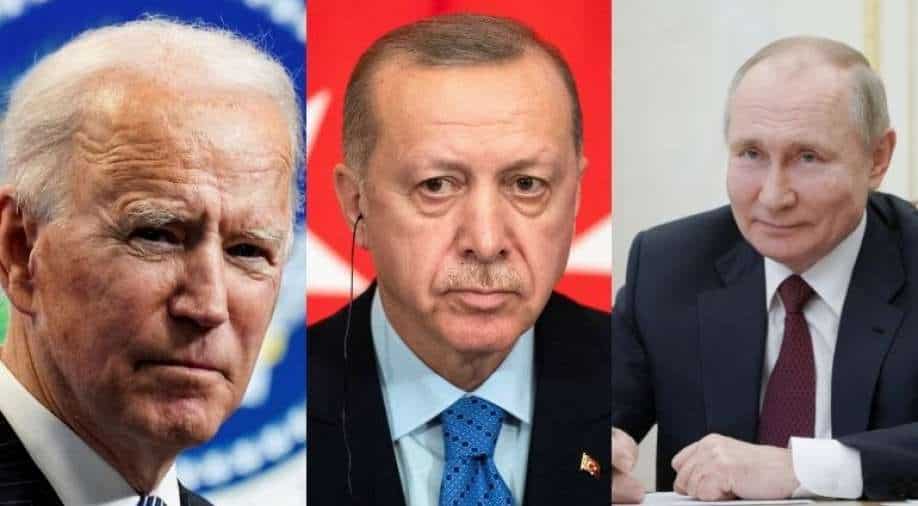 Erdogan also praised Putin for his response to the US president, calling his answer 'very smart' and 'elegant'

Turkish President Recep Tayyip Erdogan slammed his US counterpart Joe Biden for calling Russia's Vladimir Putin a "killer," saying the comments by the US president were "unacceptable".

"Mr. Biden's statements about Mr. Putin are not fitting of a president, and a president coming out and using such remarks against the president of a country like Russia is truly unacceptable, not something that can be stomached," Erdogan told reporters in Istanbul, as reported by news agency Reuters.

In a TV interview when Biden was asked whether he considers the Russian president a killer, the US president responded "I do".

Putin in his response mocked Biden which roughly translates into "it takes one to know one" and wished him good health.

Erdogan also praised Putin for his response to the US president, calling his answer "very smart" and "elegant".

"In my opinion, Mr. Putin has done what is necessary by giving a very, very smart and elegant answer," the Turkish president said.

The remarks by Erdogan can escalate tensions between Washington and Ankara as Biden's administration has been critical of Turkey's worsening record on human rights, something his predecessor Donald Trump was silent of.

Despite Turkey growing proximity with Russia during Trump-era, the ties remained largely normal, however, Biden since his inauguration has not engaged in any conversation with Erdogan so far via a phone call.