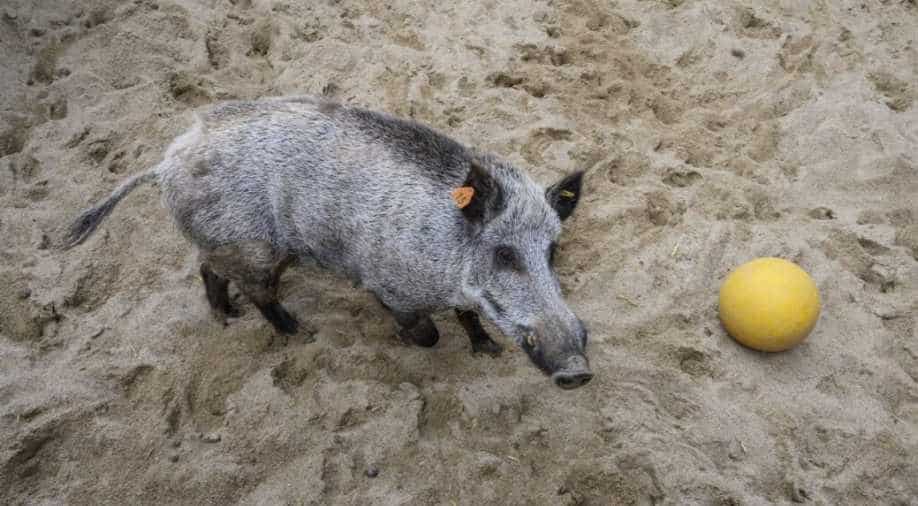 It was also reported that the 2,700-acre farm was walled in, suggesting that animals had no means to escape the slaughter

Portgual has expressed dismay over the killings of more than 500 wild boar and deer and said the crime should be prosecuted.

Environment Minister João Fernandes called the massacre allegedly by 16 hunters as "vile" and an "environmental crime".

As many as 540 deer and wild boar were killed during the mass hunting on Dec 17-18 and images of the dead animals were posted on Twitter by Portuguese journalist Alberto Mancebo that showed several dead animals lying in rows at the hunting farm.

One of the images also showed eight men photographing with the hunted animals.

The killing is thought to have committed in the Torrebela tourist hunting zone, near Azambuja, about 40 kms from the Portuguese capital Lisbon, reports BBC.

"The reports and news about the indiscriminate slaughter of animals... have nothing to do with hunting, understood as a practice that can contribute to the maintenance of biodiversity and ecosystems," the Portuguese Environment Ministry said in a statement on Tuesday.

It was also reported that the 2,700-acre farm was walled in, suggesting that animals had no means to escape the slaughter.

The incident also led to the announcement by Portugal's Institute for Nature Conservation and Forests to suspend the hunting permit for the Torrebela hunting zone, Portugal News Online reported.

The institute also said that it will submit the report of the killing to the prosecutors.