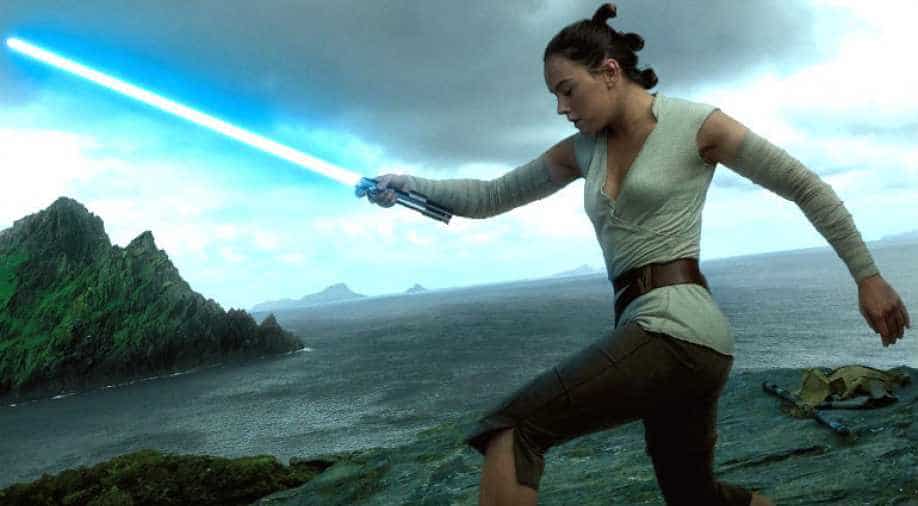 Daisy Ridley in a still from Star Wars: The Last Jedi Photograph:( Others )

Over the years, Star Wars has mostly been about the saga of the Skywalker. Luke and Leia have, for generations been the Jedis that have taken the story forward in a galaxy far, far away. There was prequel trilogy that traced the rise and eventual fall of Luke and Leia's father, Anakin Skywalker as well.

When the franchise decided for a reboot, in The Force Awakens, Luke Skywalker's presence loomed large throughout the film. Ardent fans perhaps would argue that Star Wars cannot be possible without Skywalker and yet the recent film, The Last Jedi, beautifully paves the way for the new generation in the rebellion force.

The film takes off where The Force Awakens had ended. The resistance, headed by General Leia (Carry Fisher- one last time) are battling it out with the First Order, with depleting resources, and an active Captain Poe(Oscar Isaac) who doesn't want to give up just yet. Meanwhile, Rey(Daisy Ridley) has gone to a faraway island to meet Luke Skywalker(Mark Hamill)-to pursue him to join the war and to seek a few answers of her own. Luke, of course, troubled by his own past deeds, is not keen to return, neither is he willing to teach Rey anything.

Mark Hamill in a still from the film. (Others)

Kylo Ren (Adam Driver)in order to prove his allegiance to the dark force and that he is a worthy successor of Darth Vader, has to strike down the resistance. Conflicted about his own past, Kylo Ren also has to deal with Rey and his connection.  Then there is Finn (John Boyega)- a stormtrooper-turned-rebel-hero, who along with maintenance mechanic Rose (Kelly Marie Tran) travels to a distant world to break the tracker which is helping the first order to infiltrate the rebel forces.

With multiple plots, a back and forth narrative, the film demands your attention right from the beginning. There is so much happening on screen at all time yet it beautifully weaves into a grand finale. At no point does one feel distracted or overwhelmed because director Rian Johnson takes the original structure and molds a new film altogether- weaving the old and the new together in a stunning cinematic climax.


It has its usual trappings- the length of the film being one- but for ardent fans, when has that been an issue? Johnson manages to bring back a few old montages - giving the fans a trip down the memory lane and yet preparing them for the new characters henceforth.

With spectacular visuals, a superb lightsaber battle near the climax, some emotional scenes between Rey and Kylo Ren, Skywalker and Rey, and humour spruced in the dialogues- The Last Jedi lives up to its 40-year-old legacy in more ways than one. Of course, it can't create the same ambiance that George Lucas had created with the original- but Johnson creates a new space, keeping some of the old elements instilled in the story.

More importantly, Star Wars: The Last Jedi, serves as a fitting homage to Skywalker's legacy and that should be a good enough reason to watch this film.