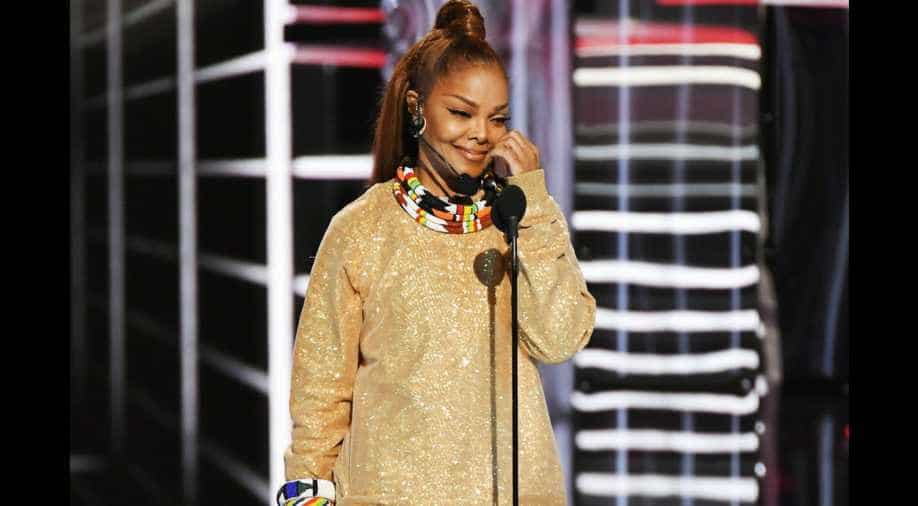 Janet Jackson is back and with what a bang! The 52-year-old won the Billboard Icon Award, a first for any black woman on Sunday as she spoke about #MeToo, glorious moment in history for change and belief in God who makes it all possible.

Singer Bruno Mars called Janet to stage as he welcomed her with: "The name Jackson represents artistic genius and iconic performance. The Jacksons are music royalty and the first family of entertainment. She is an activist. She's a humanitarian. She's a powerful woman."

In her acceptance speech, as the crowd chanted her name and cheered her on, Janet said: I believe that, for all of our challenges, we live at a glorious moment in history. At long last, women have made it clear that we will no longer be controlled, manipulated, or abused. I stand with those women and with those men equally outraged by discrimination, who support us in heart and mind.”

She went on to thank God for everything and said, "My prayer is that, weary of such noise, we will turn back to the source of all calmness, that source is God. Everything we lack, God has in abundance: Compassion, sensitivity, patience and boundless love. I thank God for giving me the precious energy that lets me live my life as an artist. Who every single day seeks to expand my capacity to love.”

At the music awards, Janet performed to a medley of Nasty, If and Throb - in her first televised performance in the US for nine years.

The singer has famously identified with the ideas of feminism and own identity. She has previously sung songs on domestic abuse like What About and Lessons Learned.

Listen to her full speech here:

After rocking the stage with her incredible performance, @JanetJackson accepts the 2018 #BBMAs Icon Award! #ICON_JANET pic.twitter.com/S7nDbrGJQI

Other prizes of the night went to Ed Sheeran, Taylor Swift and Kendrick Lamar, The BBMAs also paid tributes to dance musician Avicii and the victims of the Santa Fe High School shooting.