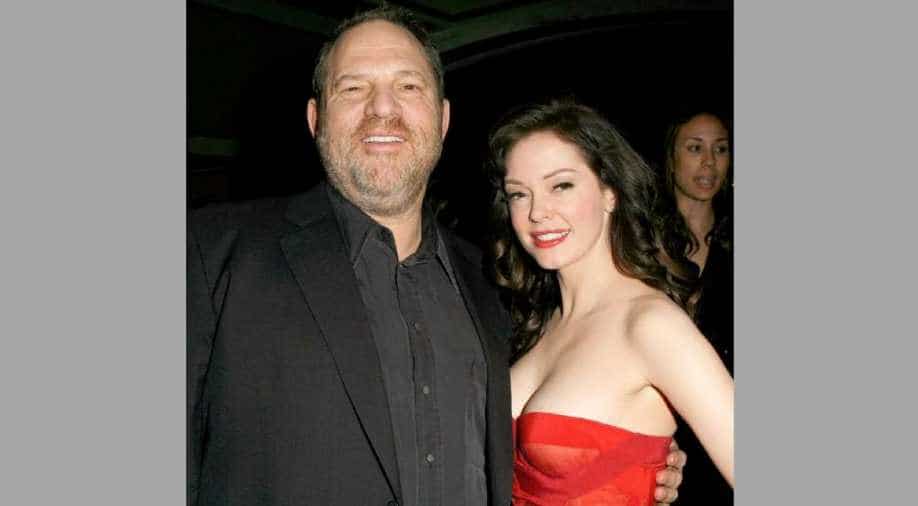 Actress Rose McGowan, one of the first woman to accuse Harvey Weinstein of sexual abuse, now launched her own book on Tuesday.

Titled "Good Morning America", the book explains in a detailed form about the time when Harvey Weinstein raped her at the Sundance Film festival, 1997.

Speaking about her experience writing the book, Rose told a journalist, "A lot of victims and survivors will say they detach and you really do. You float up above your body because you’re trying to figure out… Your brain is in another place and all of a sudden your body is like, ‘What, what, what.'”

In her book, Rose virtually describes meeting Hollywood mogul Weinstein at his hotel suite in Park City, Utah. At the end of the meeting, when she turned to go, Weinstein allegedly forced her to the suite’s hot tub and undressed her. She alleges that he put her on the edge of the hot tub, and then performed forcible oral sex on her.

Weinstein, who is in exile in Arizona since the sexual charges against him grew in multitude, issued a statement through his attorney Ben Brafman denying Rose's claim. Brafman stated that Weinstein has refrained from criticising other accusers “despite a wealth of evidence that would demonstrate the patent falsity of these claims.”

Brafman added: “Watching the ‘performance’ by Rose McGowan as she looks to promote her new book, however, has made it impossible to remain quiet."

Brafman said that Weinstein had obtained emailed statements from two witnesses: Ben Affleck and Jill Messick, who was then McGowan’s manager. Jill's statement confirms that Rose described the hot tub encounter as 'consensual'.

Jill is quoted: “When we met up the following day, she hesitantly told me of her own accord that during the meeting that night before she had gotten into a hot tub with Mr Weinstein. She was very clear about the fact that getting into that hot tub was something that she did consensually and that in hindsight it was also something that she regretted having done."

In her book, Rose writes about telling Ben Affleck as to what happened to her.

But a statement released by Weinstein claims that Affleck says, “She never told me nor did I ever infer that she was attacked by anyone. Any accounts to the contrary are false. I have no knowledge about anything Rose did or claimed to have done.”

Weinstein’s statement also included three photographs from an amfAR gala in 2005. In one of them, McGowan has her hand on Weinstein’s shoulder. In a second, Weinstein is smiling and talking to McGowan who is seated at a table. The implication appears to be that the two were on civil terms in 2005, and thus he could not have assaulted her eight years earlier.

Who out of the two is lying, is yet to be seen!