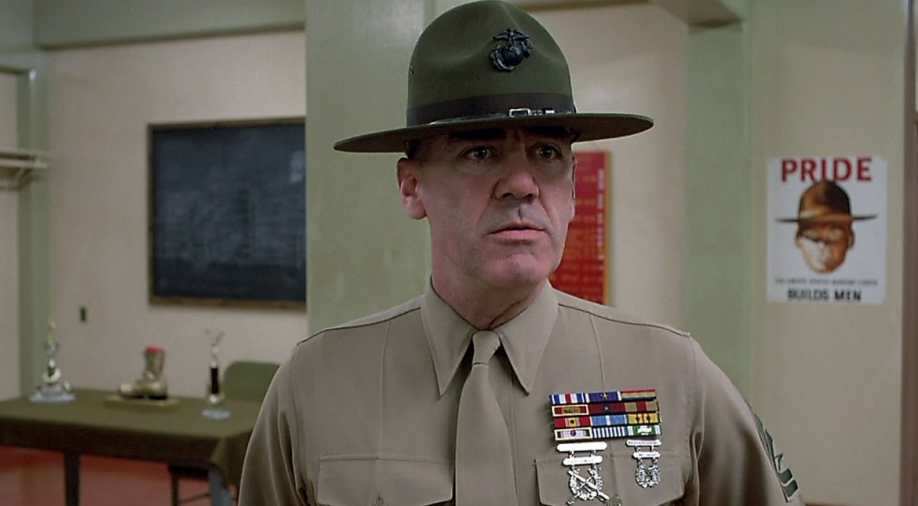 Known for making a Hollywood career after having served with the US marines for 11 years, Ermey is most famous for playing the hard-nosed military man like Gunnery Sgt. Hartman in Stanley Kubrick’s “Full Metal Jacket” that won him a Golden Globe Award nomination for his memorable performance in the film. A dialogue from the film “What is your major malfunction?” was immortalised by him.

As soon as the news was announced, his co-stars Matthew Modine and Vincent D’Onofrio tweeted their condolences Sunday evening.

Do not go gentle into that good night.
Rage, rage against the dying of the light.

Vincent D’Onofrio added: “Ermey was the real deal. The knowledge of him passing brings back wonderful memories of our time together.”

Born as Ronald Lee Ermey in 1944, Ermey served 11 years in the Marine Corps and spent 14 months in Vietnam and then in Okinawa, Japan, where he became staff sergeant. His first film credit was as a helicopter pilot in Francis Ford Coppola’s “Apocalypse Now,” which was quickly followed by a part in “The Boys in Company C” as a drill instructor.

He usually plays authority figures in everything he starred in from “Se7en” to “The Texas Chainsaw Massacre” remake.

Not written to Ermey, Kubrick once told a leading music special magazine that 50 per cent of Ermey’s dialogues in the film was his own. He said, “In the course of hiring the marine recruits, we interviewed hundreds of guys. We lined them all up and did an improvisation of the first meeting with the drill instructor. They didn’t know what he was going to say, and we could see how they reacted. Lee came up with, I don’t know, 150 pages of insults.”

According to Kubrick, Ermey also had a terrible car accident one night in the middle of production and was out for four and half months with broken ribs.