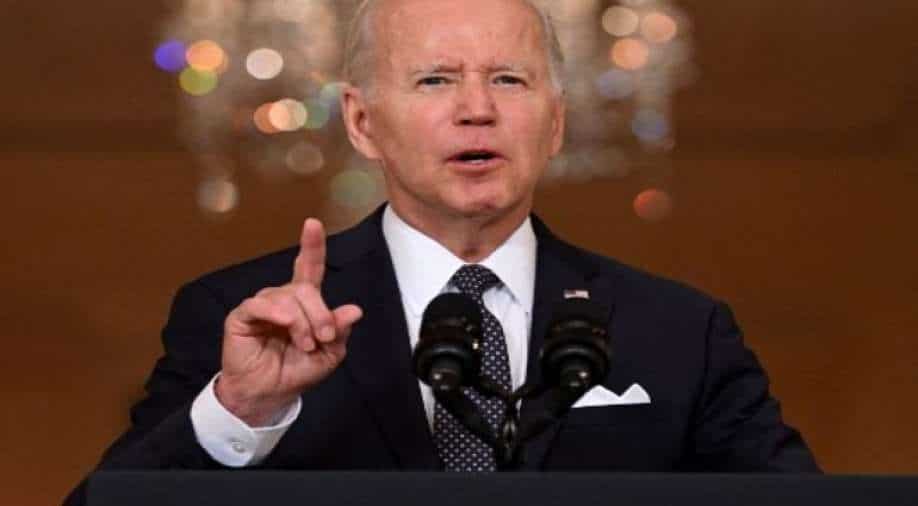 In an impassioned but assertive address to the nation US President Joe Biden on Thursday, June 2 (as per local time) asked US Congress to take measures to prevent mass shootings. In his speech he proposed raising minimum age for purchase of assault weapons.

"How much more carnage are we willing to accept?" Biden asked in a prime time television broadcast from the White House, saying that short of a ban the age for purchasing such weapons should be raised from 18 to 21.

President Biden urged US Congress to ban assault weapons expand background checks and implement other sensible gun control measures to address a string of mass shootings that have struck the United States.

The US has seen spate of gun violence and mass shootouts in recent days. Shootout at a school in Texas claimed 21 lives, mostly children. Just a day ago, a shooter opened fire at a medical centre in Oklahoma. Another shooting took place at a grocery store in Buffalo, New York.

"For God's sake. Do something," said Biden during his speech. He noted that gun rights enshrined in the constitution were 'not absolute'.