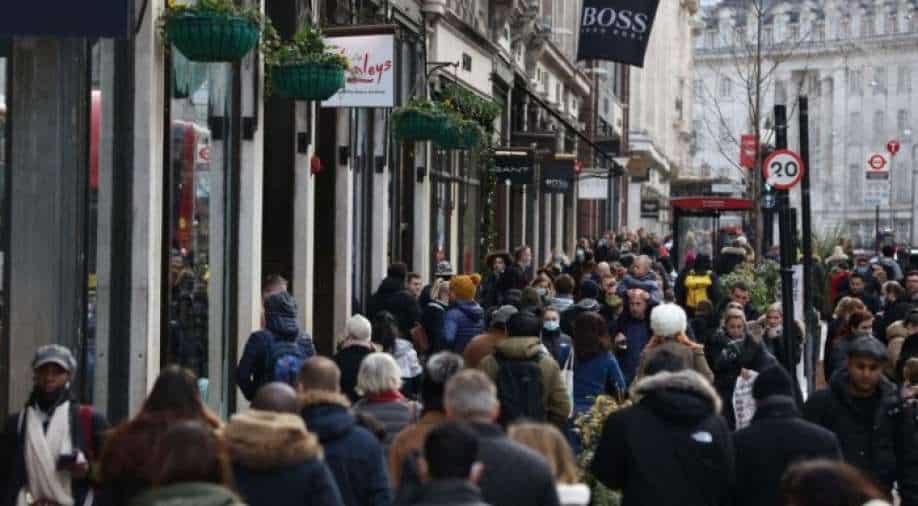 The previous record was 14.8 degrees C (58.6F) in 2011. The Met Office has linked UK’s record temperatures with climate change..

On Friday, the UK ended the New Year’s Eve on a warm note—quite literally—as the country experienced its warmest day on record with temperatures hovering around 15 degrees Celsius (59 degrees Fahrenheit), the Met Office said.

The Met Office tweeted that the village of Coningsby in Lincolnshire in the East Midlands had recorded 15.3 degrees C “meaning today is the warmest New Year's Eve on record for the UK”.

Temperatures of 15 degrees C were forecast for several cities including London and Cardiff on Friday. "We are ending 2021 on a very mild note across the UK,” the Met Office said.

Temperatures have continued to climb this #NewYearsEve afternoon with Merryfield in Somerset recording 15.8 °C so far pic.twitter.com/q2LehhF5me

The Met Office said the weather was forecast to get cooler from Tuesday, potentially bringing winter showers and frosts.

The Met Office linked UK’s record temperatures with climate change, which has raised the global temperatures by 1.1 degrees C.

Despite the warm conditions, the UK celebrated New Year's Eve in muted fashion without the usual grandiose fireworks displays in London and Edinburgh, and with nightclubs closed and limits on social gatherings in Northern Ireland, Scotland and Wales.

This year "as a whole has been slightly warmer and slightly drier than average," Mike Kendon of the National Climate Information Centre, said in a summary published by the Met Office.

Alaska—one of the coldest US states— has been witnessing cold and warm temperatures simultaneously, with experts warning of an “Icemageddon”, as torrents of rain and snow have left ice as hard as cement coating the roads.

Experts say warm air pouring in from Hawaii has made Alaska's air —usually cold and dry during December —moister.

In Colorado—another US state—wildfires have been rampaging the region that has gutted thousands of homes. Over 100 people are reported to be missing.

The latest bout of wildfires is being attributed to the La Nina weather pattern which leaves eaves much of the west US hotter and drier.