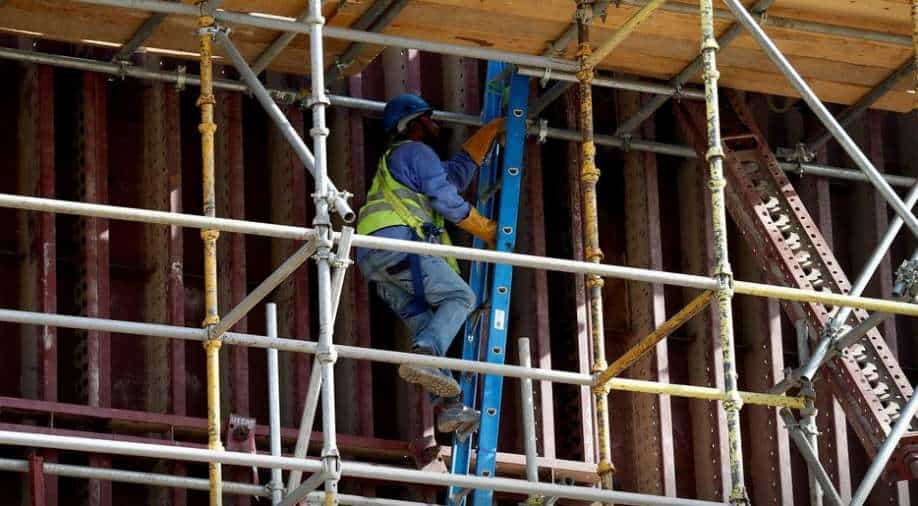 File photo: An Asian labourer climbs a ladder as he works at the construction site of a building in Riyadh, Saudi Arabia. Photograph:( Reuters )

Saudi Arabia’s Vision 2030 reform plan is a package of economic and social policies designed to free the kingdom from reliance on oil exports.

Saudi Arabia has abolished its controversial Kafala system. The decision was announced on Wednesday by the Kingdom’s Ministry of Human Resources and Social Development.

The ministry said it will remove restrictions tying millions of low-paid and vulnerable migrant workers to their employers, which had often led to abuse and exploitation. Called the Labor Relation Initiative, the reforms will come into effect in March 2021.

The plans, to take effect in March 2021, aim to make the Saudi labour market more attractive, the deputy minister for human resources said, by granting foreign workers the right to change jobs and leave the country without employers’ permission.

“Through this initiative, we aim to build an attractive labour market and improve the working environment,” Abdullah bin Nasser Abuthunain told reporters.

Saudi Arabia, which chairs the Group of 20 major economies (G20) this year, is seeking to boost its private sector, part of an ambitious plan to diversify its oil-dependent economy.

The move will help attract high-skilled workers and help create more jobs for Saudi nationals, Sattam Alharbi, deputy minister for development of the work environment, told Reuters in a phone interview, adding that hiring would be based on workers’ efficiency.

Saudi Arabia’s Vision 2030 reform plan is a package of economic and social policies designed to free the kingdom from reliance on oil exports.

The currently applicable kafala system generally binds a migrant worker to one employer. Rights groups, including Amnesty International, have been calling on Saudi authorities to end that system which leaves workers vulnerable to abuses.

“The term kafala does not officially exist in Saudi labour laws since more than 20 years ago; however, there were many wrong practices of it that helped breach the contractual relation,” Alharbi said.

The new initiative will base the relationship between employers and workers on a standard contract that should be certified by the government and will allow workers to apply directly for services via an e-government portal, instead of a mandatory employers’ approval.

The ministry aims to certify the contracts of all foreign workers by the end of the first quarter of 2021.