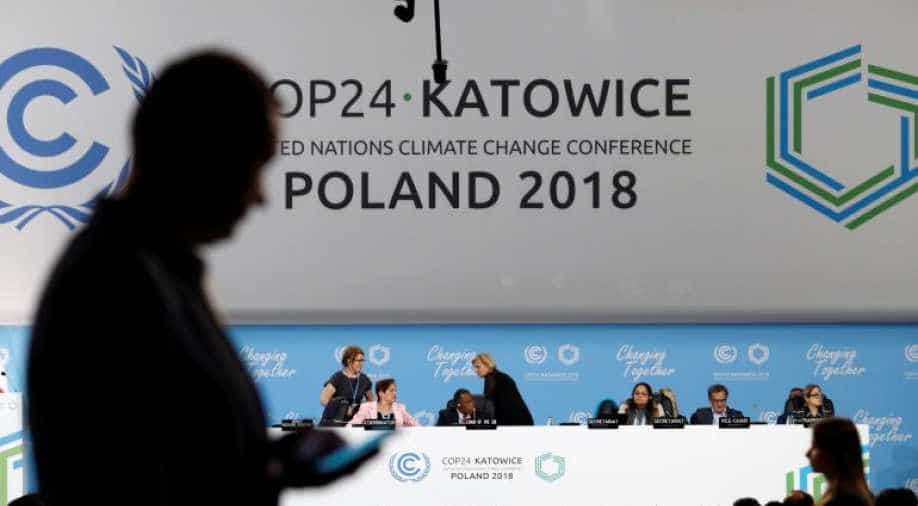 Expectations are low that negotiations in Katowice, at the heart of Poland's coal region, will fully resolve concerns laid out in reports over recent weeks on the severity of rising greenhouse gas emissions.

Delegates from nearly 200 nations on Sunday began two weeks of talks to tackle deep political divisions at the most important UN meeting on global warming since the landmark 2015 Paris deal to shift away from fossil fuels.

Expectations are low that negotiations in Katowice, at the heart of Poland's coal region, will fully resolve concerns laid out in reports over recent weeks on the severity of rising greenhouse gas emissions.

The political climate has also been transformed since the Paris agreement and the fragile global unity that brought about that accord has shattered.

"This is a very, very important conference," UN climate chief Patricia Espinosa told reporters. "It also takes place in a scenario where we have clear signals about the urgency with which we need to address the issues of climate change."

"The world is at a crossroads and decisive action in the next two years will be crucial to tackle these urgent threats," they said in the joint statement.

However, political divisions were clear from the outset, with Brazil having withdrawn its offer to host the 2019 talks.

The United States, meanwhile, reiterated at the G20 summit in Argentina on Saturday its decision to withdraw from the Paris accord and a US commitment to all energy sources.

The other members of the group of industrialised nations - including the biggest polluter, China - reaffirmed their commitment to implementing the Paris deal, taking into account their national circumstances.

The Katowice talks precede an end-of-year deadline to produce a "rule book" to flesh out the broad details that were agreed in Paris on limiting the rise in global temperatures to between 1.5 and 2 degrees Celsius.

Delegates said that one of the trickiest issues could be monitoring emissions as the United States, which cannot quit the pact until 2020, uses the talks to press for a level of detail it perceives as useful to its foreign policy dealings.

Poland is hosting UN climate negotiations for a third time, but the nation remains hooked on coal, the most carbon-intensive fossil fuel. Coal provides about 80 per cent of Poland's power and has been a major source of employment and national pride.

The younger generation is less emotionally attached to coal and is increasingly environmentally aware, though any phasing out of the fuel in Poland is likely to be slow.

The energy ministry said only last week that Poland plans to invest in new coal capacity while its long-term energy strategy assumes it will still obtain about 60 per cent of its power from coal in 2030.