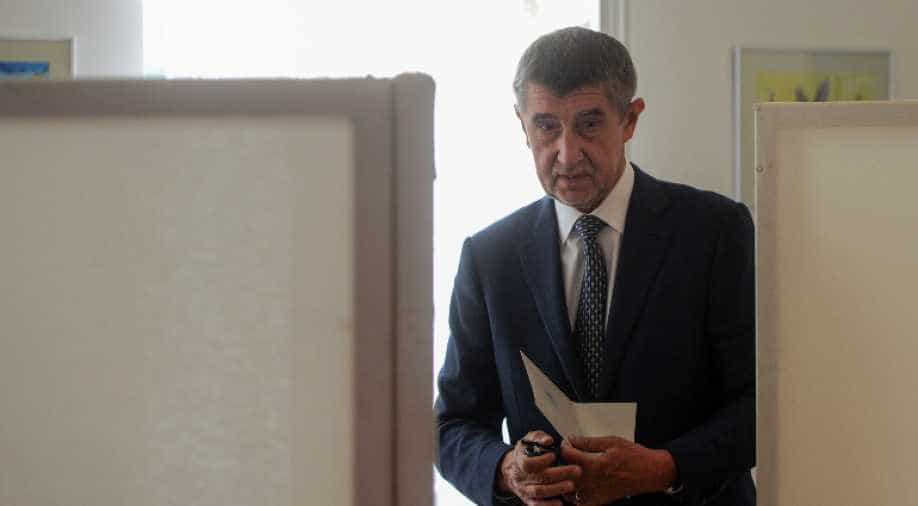 An agro-chemicals mogul who is pegged by Forbes as the second-wealthiest Czech, Babis is facing criminal charges over alleged EU subsidy fraud dating back a decade ago.

Embattled Czech billionaire Prime Minister Andrej Babis survived a no-confidence vote on Friday called by opposition parties over allegations that he had tried to hinder a fraud probe into his past business dealings.

An agro-chemicals mogul who is pegged by Forbes as the second-wealthiest Czech, Babis is facing criminal charges over alleged EU subsidy fraud dating back a decade ago.

His CSSD Social Democrat coalition partners abstained from the confidence vote in a bid to preserve the government while also demonstrating that Babis does not have their full backing.

But the manoeuvre allowed him to survive. Opposition parties in parliament backed the no-confidence motion with only 92 votes, falling short of the 101 required to topple Babis in the 200-seat lower chamber.

Babis's populist ANO movement (78 seats) is formally partnered with the leftwing CSSD (15 seats) for a minority government ruling with the tacit support of the KSCM Communists (15 seats).

Opposition parties called the no-confidence vote after Czech media reported that Babis's aides had taken his son, Andrej Babis Jr., to Crimea, occupied by Russia, against his wishes to hinder the fraud probe. Babis Jr. is also charged in the case.

The prime minister is suspected of abusing EU funds to build the luxury Stork Nest resort and farm near Prague in 2007-2008.

Babis has denied any wrongdoing in connection with the fraud charges and the allegations of spiriting his son to Crimea.

Babis also maintains that his son, who is 35 and lives in Switzerland where he is a citizen, suffers from mental illness.

"For the last year and a half, we've had to deal with affairs related to the prime minister," Petr Fiala, leader of the ODS opposition party told parliament before the vote, adding that the fraud allegations posed a "serious conflict of interest" for Babis.

However, the mogul whose Agrofert food and chemicals holding includes two major daily newspapers and the country's leading private radio station has vowed that he will not step down.

Thousands of Czechs have rallied mostly in Prague calling for Babis to resign in the wake of the scandals, but opinion polls show that his ANO party is still the most popular, enjoying around 30 per cent voter support.