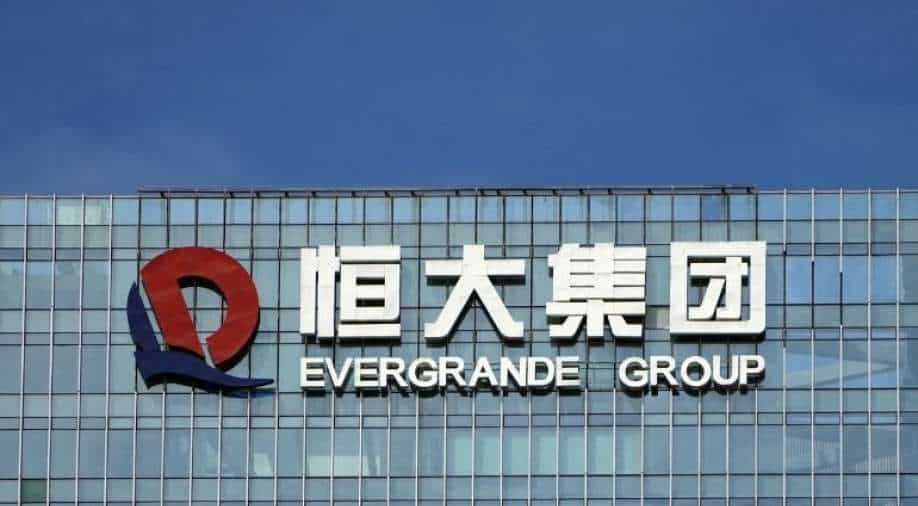 The company logo is seen on the headquarters of China Evergrande Group in Shenzhen, Guangdong province, China Photograph:( Reuters )

This means that the Chinese developer has averted another potential default. As a result, Evergrande shares surged in Hong Kong morning trade and were around seven per cent up by mid-afternoon.

The 30-day grace periods for the latest interest payments were supposed to end on Wednesday. However, customers of international clearing firm Clearstream reportedly received their payments, suggested a report by Bloomberg.

Default by Evergrande has the potential to disrupt Chinese economy, with a possible spillover into global economy. The company also has coupon payments of more than $255 million on its June 2023 and 2025 bonds due on December 28.

A report by Bloomberg News claimed that Chinese authorities had urged Evergrande's founder, Hui Ka Yan, to pay the developer's debts out of his personal wealth.

Shares of Evergrande gave up early gains to fall about 0.8%, versus a 0.3% decline in the Hang Seng Index. The Hang Seng Mainland Properties Index fell about 0.9%, while an index of developers' mainland A-shares dropped 3.6%.

It had missed coupon payments of nearly $280 million on its dollar bonds on September 23, September 29 and October 11. This led to the beginning of a 30-day grace periods for each.

The firm was once China's top-selling developer. It is a major real estate firm in China carrying USD 300 billion in debt. It had missed several bond interest payment deadlines recently and fears of default have kept global investors on edge. The real estate sector forms a major part of the Chinese economy.