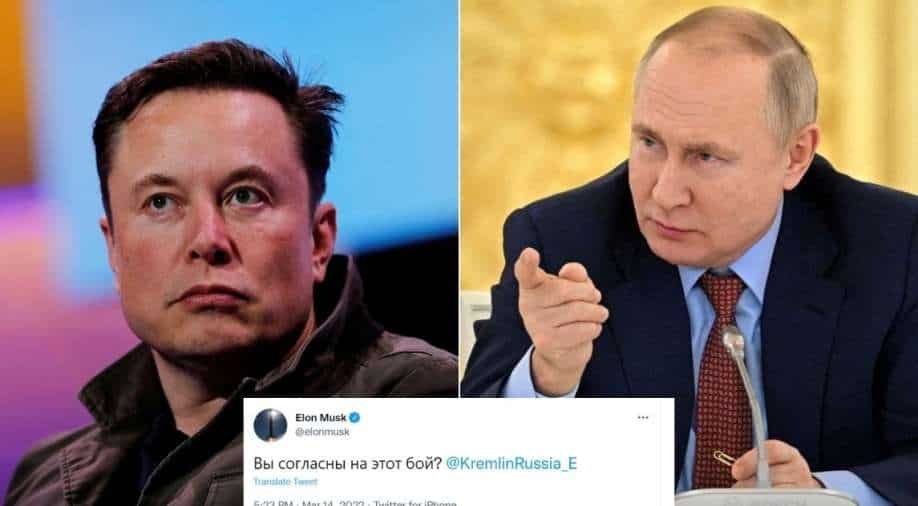 In the same trail, Musk then wrote in Russian: "Do you agree to this fight?" and tagged the official Twitter account of the Kremlin.

The tweet has gone viral in no time with people reacting and retweeting it. In the comment section, one of the Twitter users highlighted the point that the Russian president would easily win any fight.

Musk responded, "If Putin could so easily humiliate the west, then he would accept the challenge. But he will not."

When another user asked whether Musk thought it through before challenging Putin for single combat, Musk replied, "I am absolutely serious."

The Russia and Ukraine conflict has impacted the world and so as Musk, who said that the US electric carmaker and his rocket company SpaceX are facing significant inflationary pressure in raw materials and logistics.

Musk in a tweet on Sunday also asked about the inflation rate outlook and said his companies "are not alone", retweeting an article saying the Ukraine-Russia conflict sent commodity prices to their highest levels since 2008.

Russia's invasion of Ukraine has led to a surge in prices of metals used in cars - from aluminium in the bodywork to palladium in catalytic converters to the high-grade nickel in electric vehicle batteries - and customers are likely to foot the bill.

WATCH | 'China to face consequences if it helps Russia,' US issues stern warning