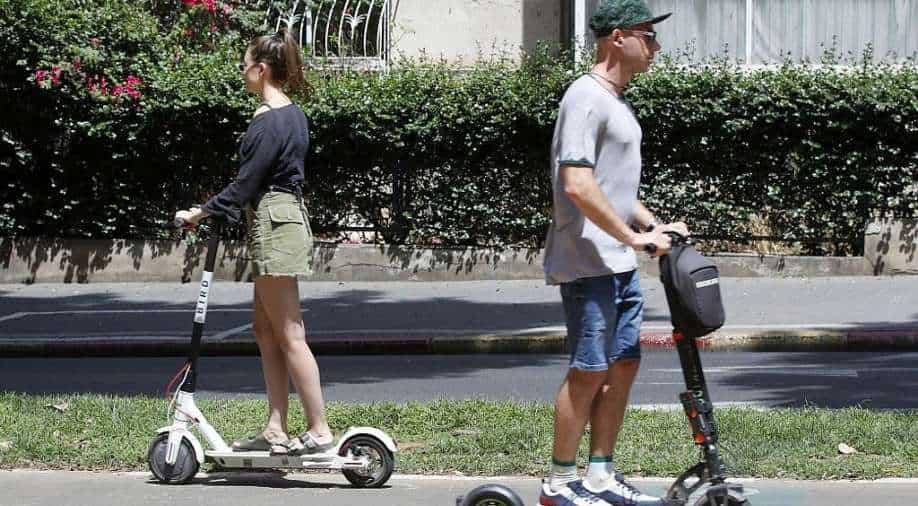 In Flanders, police reported 533 injuries from e-scooter accidents last year, more than twice as many as the year before (206). There were no figures available for all of Belgium in 2021.

Belgium is preparing to tackle e-scooters, a new and frequently infuriating aspect of urban life, with rare clarity and speed.New regulations for e-scooter users go into effect on Friday in an effort to reduce injuries and keep the vehicles from encroaching on public places and becoming a nuisance to cars, bikers, and pedestrians alike.

E-scooters will be regarded by the regulations as essentially motorised vehicles.

They will generally be outlawed for anyone under the age of 16, along with restrictions on driving on the sidewalk and carrying additional passengers.

Parking will be restricted to designated "drop zones," sort of.

The rules received enough parliamentary approval in less than a year, suggesting a general frustration with the status quo.

However, because of their popularity among commuters and local travellers who must complete the final mile of their journeys, e-scooters have avoided a total prohibition. The updated traffic laws will apply countrywide, but they will mostly affect cities like Brussels, Antwerp, and Ghent where e-scooters are becoming more and more common as a mode of transportation.

E-scooters are practical, but they can also be dangerous. In Flanders, police reported 533 injuries from e-scooter accidents last year, more than twice as many as the year before (206). There were no figures available right away for all of Belgium in 2021.

As of today, anyone under the age of 16 will no longer be allowed to use an e-scooter. Pedestrianized zones, private residences, leisure spaces, and cycle pathways that are entirely separate from the roads—like the cycle superhighways in Flanders and the Ravel cycle/walking paths in Wallonia—are exceptions to this norm.

Additionally, it is now against the law for many people to ride an e-scooter at once as well as to use one on paved surfaces.

Additionally, signage marking prohibited e-scooter parking areas will be up starting today. E-scooter parking will be permitted in other locations, provided that it doesn't hinder pedestrians.

The rules apply to all motorised vehicles with one or more wheels and a top speed cap of 25 km/h, not just e-scooters.