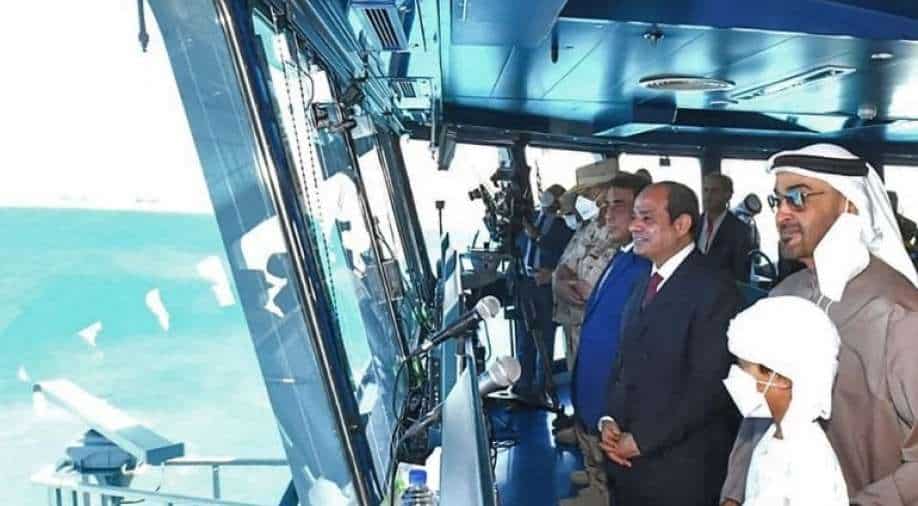 The base lies some 255 kilometres (160 miles) west of Alexandria, towards the border with Libya

Egyptian President Abdel Fattah al-Sisi on Saturday opened a strategic naval base on the Mediterranean Sea to "secure shipping lines", the presidency said.

"It is the latest Egyptian military base on the Mediterranean, and will be focused on securing the country's northern and western front," the Egyptian presidency said in a statement.

The ceremony was attended by the Crown Prince of Abu Dhabi, Sheikh Mohammed bin Zayed Al-Nahyan.

The base lies some 255 kilometres (160 miles) west of Alexandria, towards the border with Libya, a country where both Egypt and the United Arab Emirates have played a key military role.

State-run newspaper Akhbar Al-Youm reported that the base includes an airstrip and a 1,000-metre (3,280-foot) long pier.

The opening coincided with the eighth anniversary since Sisi led the military ouster of Islamist president Mohamed Morsi.