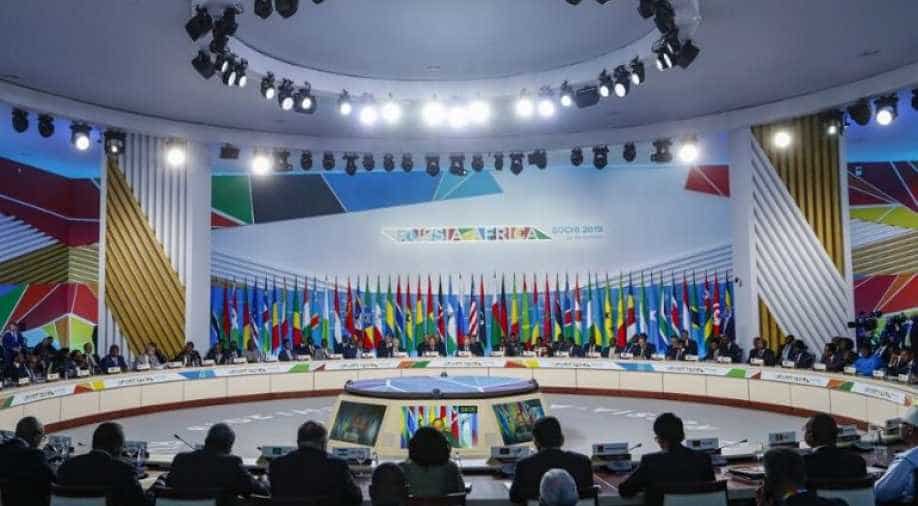 The meeting lasted around 45 minutes and took place "in a positive atmosphere," the source added, without providing details.

The leaders of Ethiopia and Egypt met on the sidelines of Russia's Africa summit on Thursday to discuss a disputed Nile dam that has seen tensions flare, a diplomatic source told AFP.

The meeting lasted around 45 minutes and took place "in a positive atmosphere," the source added, without providing details.

Egypt fears that the building of the dam, a $4 billion project begun in 2012, will reduce the flow of the Nile, on which it depends for 90 per cent of its water supply.

Discussions between the two countries and with Sudan, through which the river also passes, have been blocked for nine years.

Russia, which is hosting a two-day Africa Summit in its Black Sea resort of Sochi in an attempt to revive its Soviet-era influence on the continent, has said it is ready to play a role in resolving the conflict.

Putin told the two leaders they should take advantage of their presence in Sochi to "directly discuss (their) concerns" and that he also offered "his assistance", Peskov said.

In early October, negotiations in Khartoum resulted in a "stalemate", according to Cairo, which has since sought international mediation.

Ethiopia has rejected the claim, calling it "an unwarranted denial of the progress" made during the negotiations.

Analysts fear the three Nile basin countries could be drawn into conflict if the dispute is not resolved before the dam goes into operation late next year.