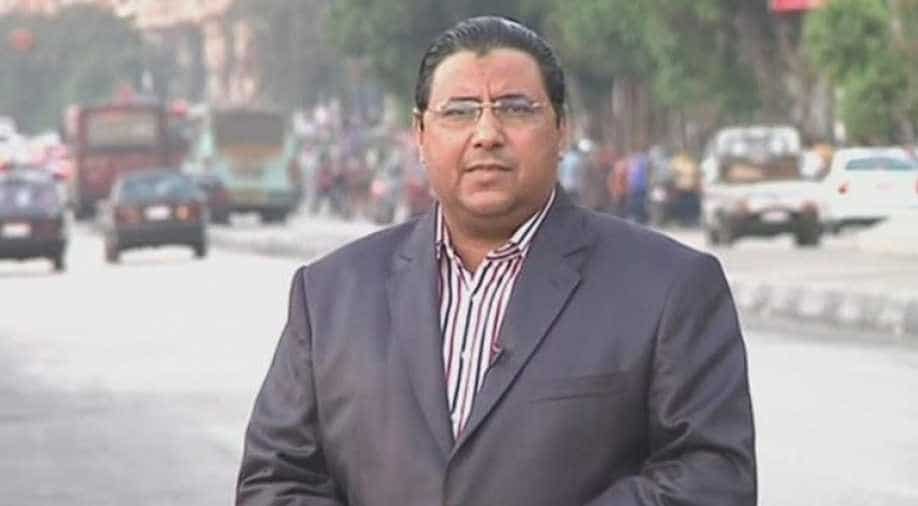 '(Hussain) is a news producer in the Al Jazeera Arabic newsroom and not a correspondent supervisor as alleged by the (interior ministry) statement,' Al Jazeera said. (Image source: Al Jazeera) Photograph:( Twitter )

Egypt confirmed on Sunday that it had arrested an Al Jazeera news producer, accusing him of "provoking sedition" on behalf of the Qatar-based broadcaster that it considers a mouthpiece of the banned Muslim Brotherhood.

Judicial sources said Mahmoud Hussain, who was detained on Friday, was being held on charges of disturbing public security and spreading false news.

Al Jazeera denied the 'fabricated charges' and demanded Hussain's immediate release, adding that he was in Egypt on vacation and not work

The Interior ministry said in a statement that Al Jazeera officials "had ordered some individuals collaborating with the channel inside the country to continue implementing its media plan of provoking sedition, incitement against the state, and spreading chaos through broadcasting false news".

It identified Hussain as a person implementing that plan for the channel which is not allowed to operate inside Egypt.

Al Jazeera issued a statement later on Sunday denying the "fabricated charges" brought against Hussain and demanding his immediate release, adding that he was in Egypt on vacation and not for work.

"Al Jazeera holds the Egyptian authorities against subjecting Mahmoud to torture or extracting any information from him by force," it said.

Egypt has arrested several Al Jazeera reporters over the past two years, raising concerns over the freedom of journalists working in the country.

In May, a Cairo court recommended the death penalty against two of them, charged in absentia with endangering national security by leaking state secrets to Qatar.

The Brotherhood is a Qatar-backed movement that President Abdel Fattah al-Sisi has cracked down on since an army takeover in 2013 stripped former president Mohammed Mursi - a prominent member of the group - of power following mass protests against his rule.

Thousands of Brotherhood supporters including Mursi are in jail and Egypt has designated the group, which says it is non-violent, a terrorist organisation.