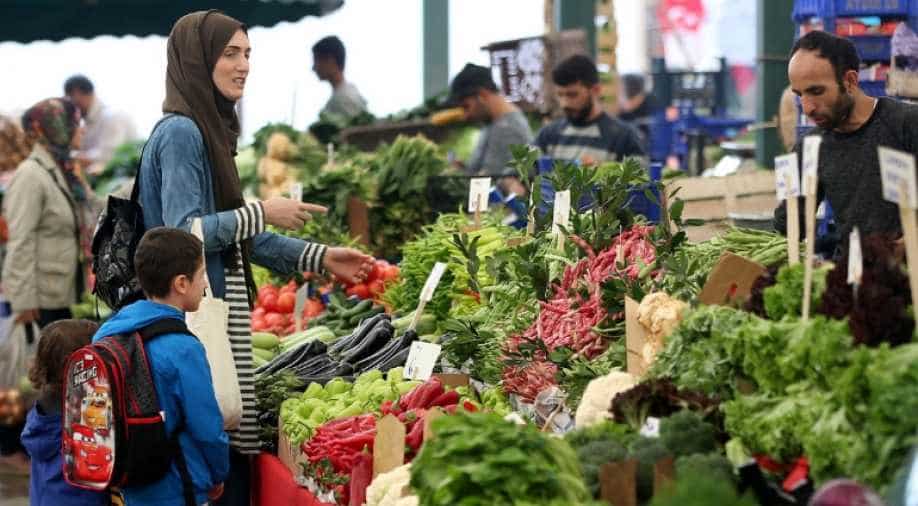 The price of a kilo of eggplant nearly tripled from five liras ($0.96) last week to 12 liras ($2.30) on Saturday, despite the country's president Recep Tayyip Erdogan denouncing price hikes.

The people of Turkey have been hit by food price hikes which has led to the government accusing merchants of speculation and the pulling of products from shelves.

The price of a kilo of eggplant nearly tripled from five liras ($0.96) last week to 12 liras ($2.30) on Saturday, despite the country's president Recep Tayyip Erdogan denouncing price hikes.

"If these grocery stores continue to exploit my people, it is my duty to hold them to account, and I will," Erdogan said during a meeting on Jan. 26, accusing them of treason.

Many merchants, in response, began to withdraw vegetables, including eggplants and peppers, from the market, escalating tensions.

"We had to take a decision in response to the rhetoric they use against us," chairman of the Retailers' Federation of Turkey, Mustafa Altunbilek, said, adding that merchants were trying to stop selling certain vegetables for a while.

Stuck between the two sides' positions, many Turkish people have denounced the sudden increase in the price of some of the most important ingredients in their national cuisine, such as bell peppers and eggplants.

The ingredients of a "menemen" meal, a tradition dish which includes eggs, tomatoes, green peppers and spices, for five people has gone up to the equivalent of four euros ($4.58), compared to 1.5 euros ($1.72) just 10 days ago.

"The average price of the food industry showed in Dec. annual increase of 25 percent, a little less than in Oct. but it is still an important hike," economist Ahmet Oncu told EFE.

The southwest coastal province of Antalya, which produces 53 percent of the vegetables in Turkey, has been struggling with bad weather and was hit by a tornado late in Jan.

The government has tried over the last few months to control inflation by striking measures such as deploying police forces at supermarkets to determine prices and investigate ones that are suspected of raising the prices.

In Jan., the Ministry of Finance ordered searches of Ankara's onion warehouses in a bid to avoid speculative measures, while the Ministry of Trade issued a memo asking the governors of Turkey's 81 provinces to notify it of prices on a weekly basis.