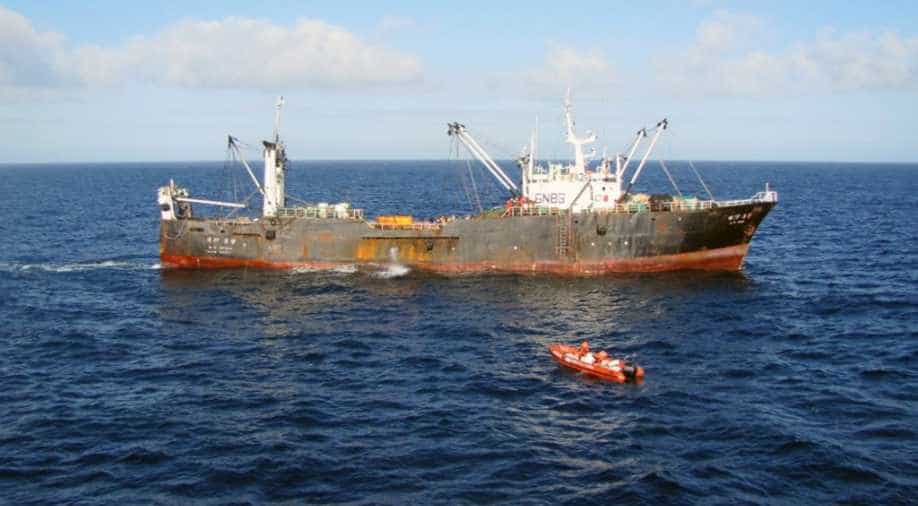 The Chinese vessels come to the seas around the Galapagos annually, but this year the fleet is one of the largest seen in recent years. UNESCO has declared it a world heritage site in 1978.

South American country Ecuador was alarmed after its navy discovered a fishing fleet of mostly Chinese-flagged vessels. These vessels were 200 miles away from the Galápagos Islands.

According to former environment minister Yolanda Kakabadse, around 260 ships are currently in the international waters and are just outside a 188-mile wide exclusive economic zone around the island, however, their presence has raised the possibility of serious damage to the delicate marine ecosystem.

In an interview with the Guardian, she said: “This fleet’s size and aggressiveness against marine species is a big threat to the balance of species in the Galápagos.”

On Monday, Kakabadse and an ex-mayor of Quito, Roque Sevilla were put in charge of designing a "protection strategy" for the islands situated 563 miles west of the South American mainland.

The Chinese vessels come to the seas around the Galapagos annually, but this year the fleet is one of the largest seen in recent years. UNESCO has declared it a world heritage site in 1978.

According to Sevilla, diplomatic efforts would be made to ask these fleets to leave. “Unchecked Chinese fishing just on the edge of the protected zone is ruining Ecuador’s efforts to protect marine life in the Galápagos,” he said.

According to Kakabadse, efforts are being made to extend the economic zone to a 350-mile circumference around the islands.

Kakabadse added that the South American country is also trying to establish a corridor of marine reserves between Pacific-facing neighbours Costa Rica, Panama and Colombia which would seal off important areas of marine diversity.

Last week, Ecuador's president Lenín Moreno took to Twitter and described the archipelago as “one of the richest fishing areas and a seedbed of life for the entire planet”.