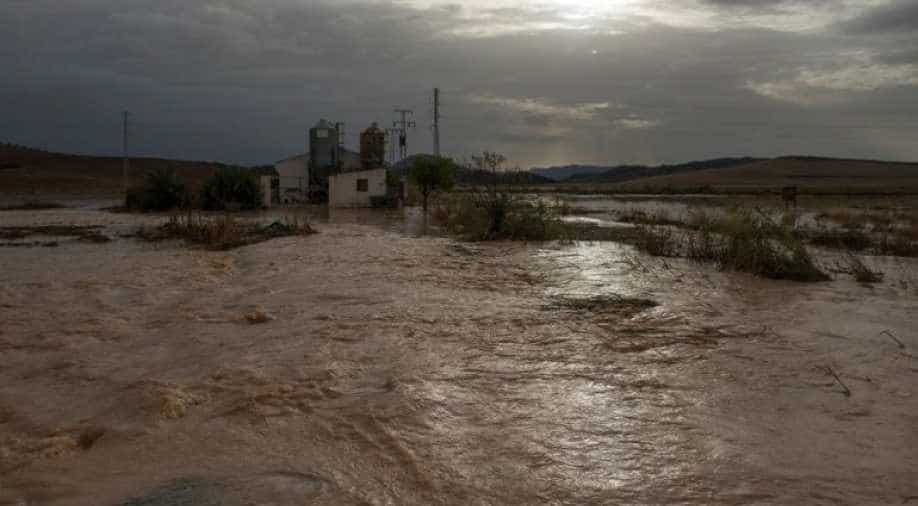 The landslides and floods come amid weeks of destructive rains and flooding across the wider East African region.

Heavy rains lashing East Africa have caused of dozens of deaths, with 29 buried by landslides in Kenya, and 10 people drowned in a river in Tanzania, officials said Saturday.

The landslides and floods come amid weeks of destructive rains and flooding across the wider East African region.

At least 29 people were killed in Kenya when their homes were swept away in landslides during ferocious overnight rainstorms.

Their homes were hit in the early hours of Saturday amid torrential rains in the Pokot region, 350 kilometres (220 miles) northwest of the capital Nairobi.

"We are saddened to confirm that 12 people from Tapach and Parua in Pokot South, and 17 from Tamkal in Pokot Central lost their lives," Kenya's Interior Minister Fred Matiang'i said in a statement.

"Our profound sympathies go to the families and friends of those who have been affected."

Army and police helicopters have been sent, Matiang'i said, with efforts delayed because roads had been cut and bridges closed after streams turned into raging torrents.

Two children were pulled out alive from the smashed wreckage of their mud-covered homes, and rescue efforts to dig bodies out of the dirt continued.

In Tanzania, at least 10 people drowned when they were swept away by a torrential river in the far west, in the Sengerema district of Mwanza.

"We think there is a possibility to find more bodies," said Tanzanian Red Cross official Revocatus Kayanda, part of the team who recovered the victims.

Violent downpours have also displaced tens of thousands in Somalia, submerged whole towns in South Sudan and killed dozens in flash floods and landslides in Ethiopia.

Close to a million people in South Sudan alone are affected with growing fears of disease and starvation.

Floods hit East Africa regularly, but scientists say that it has been exacerbated by a powerful climate phenomenon in the Indian Ocean stronger than any seen in years.

The extreme weather is blamed on the Indian Ocean Dipole -- a climate system defined by the difference in sea surface temperature between western and eastern areas of the ocean.

The ocean off East Africa is currently far warmer than usual, resulting in higher evaporation and consequent rain over the continent.