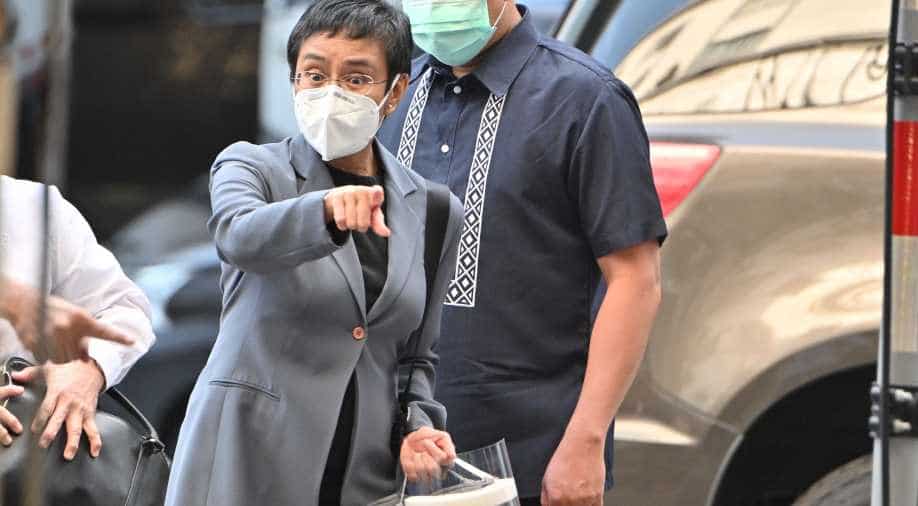 Philippine journalist Maria Ressa arrives for her court verdict at the court building in Manila on June 15, 2020. Photograph:( AFP )

The verdict was handed down in a Manila courtroom against Ressa, who heads the news site Rappler, and she will be allowed to post bail.

High-profile Philippine journalist Maria Ressa was found guilty on Monday in a cyber libel case that press freedom advocates have branded a ploy to silence critics of President Rodrigo Duterte.

The verdict was handed down in a Manila courtroom against Ressa, who heads the news site Rappler.

According to reports, Ressa will be allowed to post bail.

Rappler has drawn the administration's ire since publishing reports critical of Duterte's signature anti-drug crackdown that has killed thousands of alleged users and pushers since 2016.

She denied the charges, and claimed they were politically motivated.

A former CNN journalist, Ms Ressa founded Rappler in 2012 and the news organisation has become a critic of the Duterte administration - and its brutal war on drugs.

Ressa was named Time Magazine "Person of the Year" in 2018 for her journalistic work.