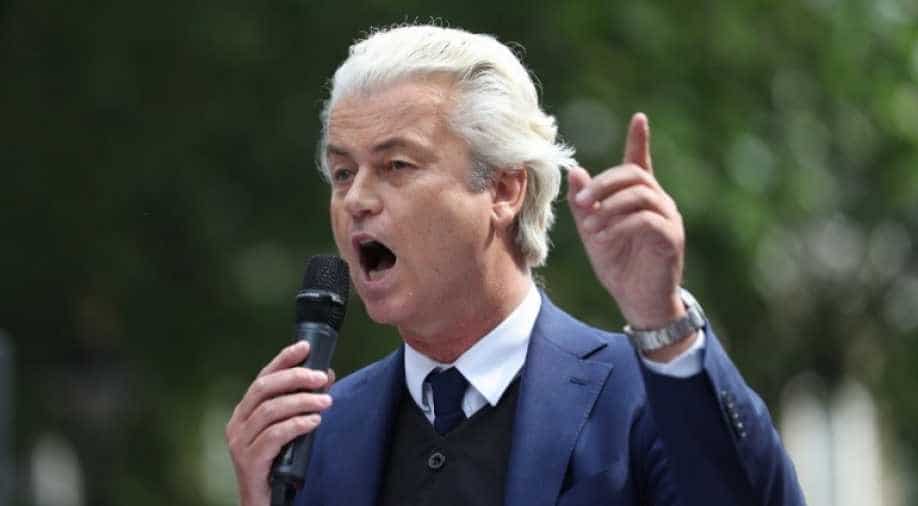 Van Klaveren converted to Islam on October 26 last year, the NRC added in the interview piece ahead of the release of Van Klaveren's book.

A Dutch former far-right MP and right-hand man of anti-Islam politician Geert Wilders has set tongues wagging in the Netherlands after revealing he has converted to Islam, news reports said Tuesday.

For years Joram van Klaveren fought a relentless campaign in the Lower House against Islam in the Netherlands as a lawmaker for Wilders' Freedom Party (PVV).

At the time, the "hardliner pleaded for banning the burqa and minarets, saying 'we don't want any Islam, or at least as little as possible in the Netherlands'," the daily tabloid Algemeen Dagblad (AD) said.

But the 40-year-old Van Klaveren said he had changed his mind halfway through writing an anti-Islam book, which he Tuesday told the respected NRC daily "became a refutation of objections non-Muslims have" against the religion.

"If everything I wrote up to that point is true, and I believe that, then I am a de facto Muslim," he told the NRC.

Van Klaveren converted to Islam on October 26 last year, the NRC added in the interview piece ahead of the release of Van Klaveren's book titled: "Apostate: From Christianity to Islam in the Time of Secular Terror."

The former politician who grew up in an orthodox Protestant Christian environment said of his conversion that he "has been searching for a long time."

"It feels a bit like a religious homecoming for me," he told Dutch newspapers.

Van Klaveren could not be immediately reached for comment on Tuesday.

"His conversion has surprised both friend and enemy," the AD newspaper said.

Van Klaveren split with Wilders in 2014 after the PVV leader's controversial comments that year when asking supporters whether they wanted "fewer or more Moroccans in your city and the Netherlands".

Wilders in 2016 was found guilty on discrimination charges. The sentence is currently being appealed.

Van Klaveren then went on to form his own far-right party called "For Netherlands" (VNL) but left politics after failing to win a single seat in the 2017 elections.

"If this really isn't a PR stunt to promote his book, then it really is an extraordinary choice for somebody who had a lot to say about Islam," his former VNL co-founder Jan Roos told the AD.

"But we have religious freedom in the Netherlands. He can worship whomever he wants," Roos added.

Said Bouharrou, who serves on the Board of Moroccan Mosques in the Netherlands, praised Van Klaveren.

"It is great when somebody who has been so critical of Islam... realises that it is not so bad or perverse," he told the AD.

"It is brave that he's prepared to do it in public," Bouharrou said.

Around five percent of the Dutch population of 17 million people or some 850,000 are Muslim, according to the Dutch Central Statistics Bureau (CBS).

But despite Wilders' objections, the religion is growing, with experts expecting that number to double by 2050.

The Netherlands also last year introduced a partial burqa ban from some public places such as schools and hospitals, ending years of discussions on the hot-button issue.

Van Klaveren is not the first high-profile PVV member to convert to Islam, and follows in the footsteps of Arnoud van Doorn, a former Hague-based PVV city councillor who switched in 2013.