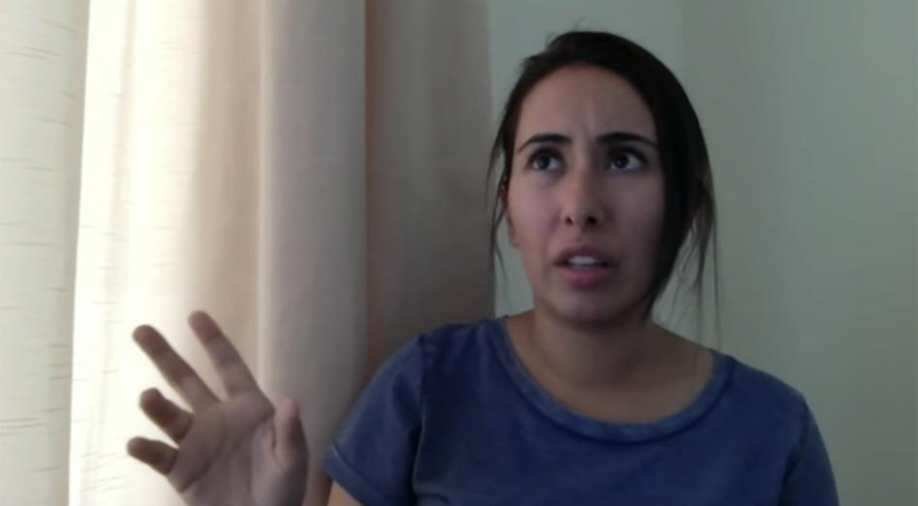 It has been nine months since anyone saw Latifa Maktoum who had tried to escape her family but was reportedly intercepted and forcibly returned. There have been reports since then that Latifa is dead.

Rights groups across the world are asking the United Arab Emirates to disclose the whereabouts and condition of a daughter of Dubai's ruler, following reports that she was forcibly returned after fleeing the Gulf Arab state.

Latifa Maktoum announced in a video in March that she was fleeing the emirates due to restrictions imposed on her by her family. The reports said she escaped with the help of friends on a yacht owned by a Frenchman which was later intercepted. Among those friends was Finnish national Tiina Jauhiainen, who was one of several foreigners on the boat.

Jaujiainen, along with British lawyers and international crisis manager David Haigh and other activists, is protesting outside the Embassy of UAE in London calling for UAE to free Dubai Princess Latifa. It has been nine months since they have had any contact with her.

In an exclusive conversation with WION, Jauhiainen and Haigh reveal the full story of the "runaway Dubai princess".

WION: It has been nine months since anyone has seen Latifa. Do you think she is still alive?

Tiina Jauhiainen: I want to believe she is.

WION: How did you know Princess Latifa? When did you meet her for the first time?

Tiina Jauhiainen: She contacted me at the end of 2010 asking for Capoeira (a form of martial arts) lessons and I then started giving her private classes at the family's sports club close to Zabeel Palace in Dubai. We started meeting 5-7 times a week for training sessions and slowly got to know each other and became best friends over the years.

WION: After how many days of your meeting her did she mention that she wants to flee from UAE and why?

Tiina Jauhiainen: She told me in 2016 about her past escape attempt and also about the story of her sister Shamsa, but it was only in summer 2017 she asked me to help her to flee Dubai. We had lost a close friend in a skydiving accident and also her sister Shamsa's situation had gotten worse so Latifa thought that life is too short to wait for things to improve. Also, she didn't want to end up being locked up again as Shamsa did. In fact, she wanted to leave to be able to help her from outside too. Another reason for leaving was simply to be able to have freedom of choice and freedom of movement which should be the basic human rights available for everyone.

WION: When was the first time she tried to escape?

Tiina Jauhiainen: She first tried to escape in 2002 which failed so she has been planning for half of her life. She was in communication with Herve Jaubert (a former French spy) for over seven years talking about the escape plan.

(Latifa talks about her life in Dubai and her escape from the emirate.)

WION: What was the plan? And what route did she decide to take?

Tiina Jauhiainen: The plan was to drive from Dubai to Muscat and board a dinghy to international waters followed by jet skis to the yacht that was about 30 miles off the coast of Muscat. The plan was to sail to India and fly from there to the USA where she was planning to claim for political asylum.

WION: When did Herve Jaubert, David Haigh and NGO worker Radha Stirling come into the picture?

Tiina Jauhiainen: Latifa had read his book called Escape from Dubai based on his own experience. She then contacted him to ask for help. He was in contact with her for years.

Latifa and David had mutual friends in Dubai, and he had heard of her plight as early as 2011, just before he came to Dubai to run Leeds United. Latifa Contacted David and Radha when she was leaving Dubai and they were supporting us throughout our journey. Latifa called them as the boat was attacked. They campaigned for our release from the UAE secret jail, they essentially saved our lives. The UAE, I believe, was going to kill us.

WION: What was Herve Jaubert's role in her escape?

Tiina Jauhiainen: He made the plan and organised the yacht as he is a captain. He was liaising at all times with Radha and David, he has spent, like us all, the months since our release campaigning for Latifa day and night. He likes us all, especially David who has been attacked and harassed by the UAE because of helping Latifa.

WION: Was she ever in India as claimed by various reports? If yes, when?

Tiina Jauhiainen: Latifa never visited India before. What happened to her after she was kidnapped from the yacht is unknown.

WION: Do you know where she might now be?

Tiina Jauhiainen: I do not know about her whereabouts as nobody has seen or heard from her after March 4. The UN, AMnesty, Human Rights Watch and other groups have been demanding information from the UAE for nine months.

WION: When was the video posted on your website, in which Princess Latifa is explaining her plight, originally made?

Tiina Jauhiainen: The video was recorded on February 19, 2018. The video was posted by David Haigh and Radha Stirling. When it was posted, it was forcibly taken by UAE. David quickly put together a website asking for help and for information. It was posted on it on March 9 and had appeared in part in a leading English newspaper. Millions have watched it now.

WION: Have you tried to speak to her family?

David Haigh: I got the details of Latifa's family's British PA working in the Palace, a lady named Collete. My mutual friend contacted her by phone and I contacted her on WhatsApp. She was meant to call me back or have Latifa's brother contact me. But they did not. It felt like she had gone to her bosses, maybe the ruler and said there are people on the phone with information on Latifa. They must have told her, we already have her.

WION: Where is Jaubert as of now?

David Haigh: We have all been subjected to harassment and threats from the UAE since we returned, so we are not going to discuss where we are. Myself, in particular, has had my house robbed and attacked, laptop stolen, been followed and the UAE Embassy has even publicly attacked me and defamed me on their official Twitter account no less, as they have Herve. When a recent documentary aired, the British police sat outside my house to protect me. I have given evidence against the Dubai ruler to the police. The UAE is behaving like a Mafia and not a country.

WION: UAE government claims that Herve Jaubert is a French spy who was conspiring against them using Princess Latifa. Any comments on that?

David Haigh: This is incorrect. A similar accusation about me being a Qatari spy was published and now the UAE is attacking both of us publicly accusing us of completely ludicrous things. An Embassy and country lying. This is becoming more and more like the Khashoggi tragedy.

The great Mahatma Gandhi said 'First they ignore you, then they laugh at you, then they fight you, then you win'. These words are very close to our hearts now. We are certain he would not have denied Latifa her claims of asylum and protection from the torture and abuse of the UAE.

WION: Dubai ruler's court also says she is back home "safe" and "happy". Any comments?

David Haigh: How can a person who escaped from the hands of her family be back home feeling safe and happy with them? She had been planning to leave all her adult life.