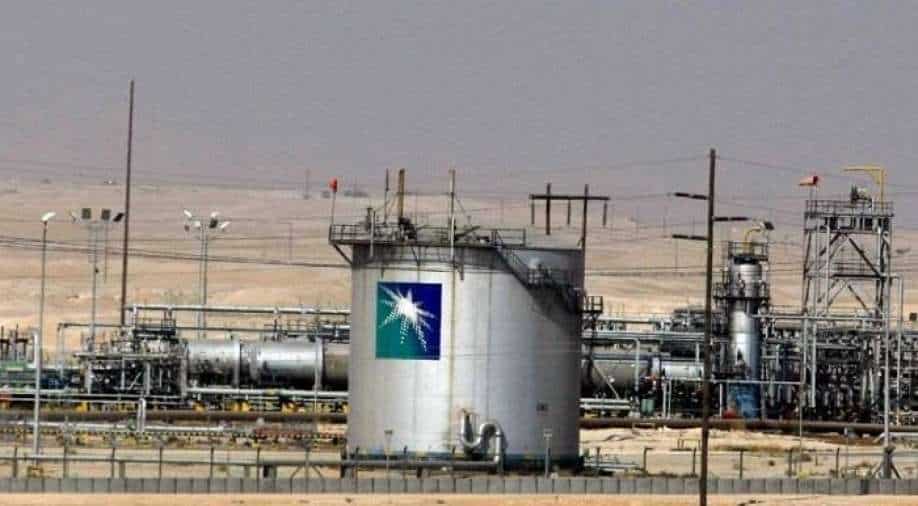 The attack at dawn on the refinery is the second major assault this month on Saudi energy installations, highlighting an escalation of Yemen's six-year conflict between the Saudi-backed Yemeni government and the Iran-linked Huthis.

A drone strike sparked a fire at a Riyadh oil refinery Friday, in an attack claimed by Yemen's Huthi rebels, as the Iran-backed insurgents made major advances on the embattled Yemeni city of Marib.

The attack at dawn on the refinery is the second major assault this month on Saudi energy installations, highlighting an escalation of Yemen's six-year conflict between the Saudi-backed Yemeni government and the Iran-linked Huthis.

"The Riyadh oil refinery was attacked by drones, resulting in a fire that has been brought under control," the Saudi energy ministry said in a statement, adding that no casualties were reported and oil supplies were not disrupted.

Strongly condemning the "cowardly attack", the ministry said the drone strikes were not just an assault on the kingdom but the world economy and global energy security.

In a statement, the Huthi rebels claimed to have targeted energy giant Aramco in Riyadh with six drones in response to the "brutal aggression" of the Saudi-backed military coalition in Yemen.

The rebels are stepping up cross-border attacks on the kingdom despite a renewed push by the US administration of President Joe Biden to revive stalled peace talks.

The US condemned the drone strike as an attempt "to disrupt energy supplies by targeting Saudi infrastructure".

"This behaviour shows an utter lack of concern for the safety of the civilian population either working or living near the sites," State Department deputy spokeswoman Jalina Porter told reporters, adding the US was "deeply concerned by the frequency of attacks on Saudi Arabia".

The latest assault comes after Saudi Arabia earlier this month said it thwarted a missile and drone attack on Ras Tanura -- one of the world's biggest oil ports -- and Aramco facilities in Dhahran city in the kingdom's east. It reported no casualties or damage.

Friday's attack coincides with major Huthi advances on Marib city after the rebels took a strategic mountain in clashes that caused dozens of casualties on both sides, according to Yemeni government sources.

The Huthis "took control of Mount Hilan overlooking the city, after fighting that left dozens of dead and wounded on both sides", one of the sources told AFP.

"Marib is in danger," another source said, adding that the loss of the mountain posed "a threat to Marib's first line of defence".

Since last month, the rebels have been pushing to seize Marib, the government's last northern stronghold and the capital of an oil-rich region.

The loss of Marib would be a huge blow for the Yemeni government, but would also threaten catastrophe for civilians, including at least one million displaced people sheltering in the region, many in desolate camps in the surrounding desert.

The Huthis had "cut the supply lines of some fronts and are now within firing range of the Al-Mashjab line west of Marib city", a second source added.

Despite the advance, analysts say the city may not fall to the rebels any time soon, given the overwhelming firepower of the Saudi-led coalition.

"An imminent fall of Marib remains unlikely," Maged al-Madhaji of the Sanaa Center think-tank told AFP, although this was "an important advance that puts additional pressure" on government forces.

The coalition intervened in the conflict in 2015, enforcing a naval and air blockade to prevent the smuggling of weapons to the rebels from Iran -- allegations Tehran denies.

The rebels say any ceasefire agreement can only begin after the Saudi-led blockade of Yemen is lifted.

The news of their advance came just hours after the United Nations Security Council condemned the "escalation" of armed clashes around Marib city and warned of a worsening humanitarian catastrophe.

The fighting "places one million internally displaced persons at grave risk and threatens efforts to secure a political settlement when the international community is increasingly united to end the conflict," it said.

It "stressed the need for de-escalation by all, including an immediate end to the Huthi escalation in Marib (and) condemned the use of child soldiers in Marib".

Life in the city retains a veneer of normality despite the conflict that rages outside, but there is a sense of dread as the fighting draws nearer.

"We condemn what is happening to the city of Marib. Our children are terrified," one resident, Umm Ali, told AFP.

Another resident, Mohammed Yahya, said the city would "remain steadfast".

"This is what history told us -- that, throughout the ages, Marib has been the thorn that breaks down any enemy that wants any harm to Yemen," he said.

Tens of thousands of people, mostly civilians, have been killed and millions displaced in Yemen's long war, which has crippled the economy and healthcare system.

The UN has declared Yemen the world's worst humanitarian crisis.