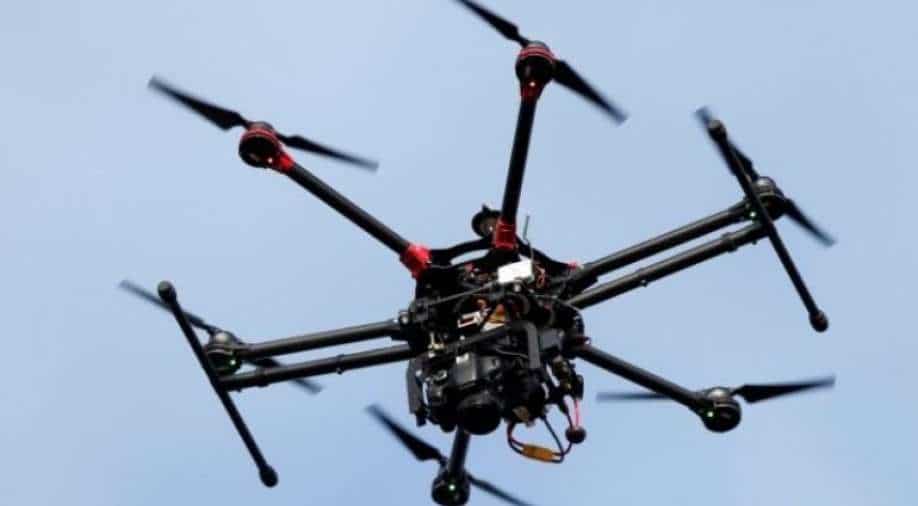 Police in Canada have apprehended a drone that crossed the border from the US carrying a shopping bag with nearly a dozen firearms, but only after the pilot crashed the drone into a nearby tree.

On Monday, after colliding with a tree, a drone transporting guns into Canada from the United States was intercepted.

Despite the fact that the drone crashed into a nearby tree, police in Canada were able to catch the pilot when the drone crossed the border into the United States carrying nearly a dozen guns.

Locals in the town of Port Lambton, northeast of Detroit, reported seeing an unknown individual manoeuvring a commercial drone around the neighbourhood, prompting officers from the Southern Ontario Provincial Police to respond.

According to Christine Ackwood of CTV News, our next-door neighbour had observed someone enter our yard in the middle of the night using a remote control. "He couldn't figure out what was going on at all."

However, the drone operator lost control of the aircraft, sending it careening into a nearby tree before leaving in a waiting vehicle with his passengers.

A bucket truck was used to recover the drone, which had secured a plastic shopping bag with metal carabiners and electrical tape, according to authorities.

Inside the house, officers discovered 11 handguns, the majority of which were illegal firearms in Canada. According to the police department, a photograph provided by them purports to show that the serial digits of a black pistol have been sanded out.

According to the investigation, the drone flew east from the St. Clair River in Michigan, which marks the Canadian-US border. Police, on the other hand, are still perplexed as to who was in charge of the unlawful drone delivery.

Many of the firearms used in criminal activity in Canada are brought into the country illegally from the United States. Smugglers have employed a variety of methods to avoid detection, including cargo trucks, passenger cars, and airplanes.