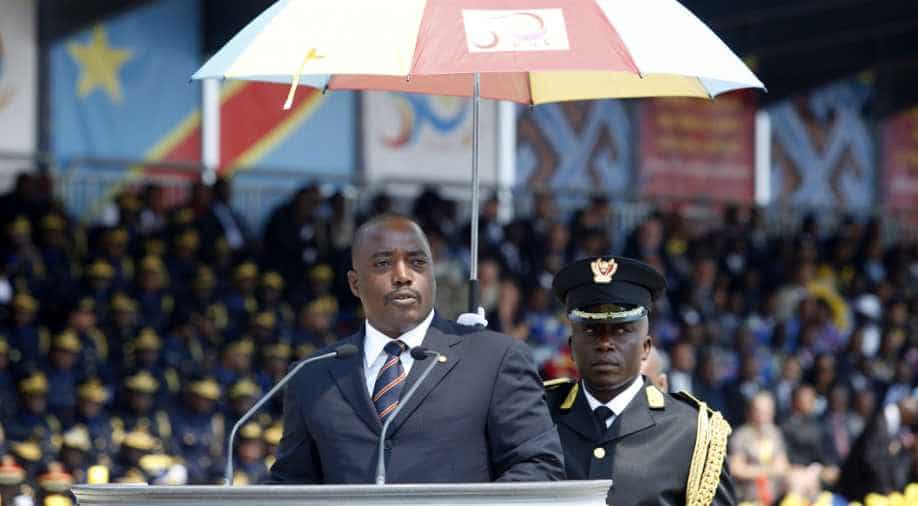 DR Congo's government and the opposition are "on the verge" of concluding an accord to end a political crisis over President Joseph Kabila's refusal to quit power, the influential Catholic Church has said.

Kabila's second and final five-year term ended on December 20, but he has shown no intention of leaving office soon, sparking violent protests that have left at least 40 people dead, according to the United Nations.

The informal talks between the foes, mediated by the Catholic Church since December 8, resumed on yesterday after a Christmas break.

The two sides "are on the verge of concluding an accord," said Marcel Utembi, president of the Congo National Episcopal Conference (CENCO), who had pushed for a deal earlier.

"The various delegates have reached agreement on the points where divergences lay," he said, adding that the pact "is set to be signed tomorrow morning".

The working document for the deal, seen by AFP, envisages a "political transition" with fresh presidential elections to be held at the end of 2017.

The vote was supposed to be organised this year, and the government had previously said it was impossible for it to be held before April 2018.

The deal also guarantees that Kabila will not seek a third mandate -- as is banned under the constitution -- and lays the groundwork for a "national transition council" charged with carrying out the agreement.

In return, the opposition headed by 84-year-old Etienne Tshisekedi, accepts that Kabila would stay in power until he hands over to an elected successor, having previously demanded an immediate departure from public life.

Kabila, 45, has been in power since the 2001 assassination of his father Laurent at the height of the Second Congo War.

He was confirmed as leader of the mineral-rich nation in 2006 during the first free elections since independence from Belgium in 1960, and re-elected for a second term in 2011 in a vote marred by allegations of massive fraud.

Constitutionally banned from seeking a third term, he obtained a controversial court ruling in May stating that he could remain in power until a successor was chosen.

DR Congo has never seen a democratic transfer of power following polls since independence from Belgium in 1960.