Dozens of Bald Eagles have died from Bird Flu 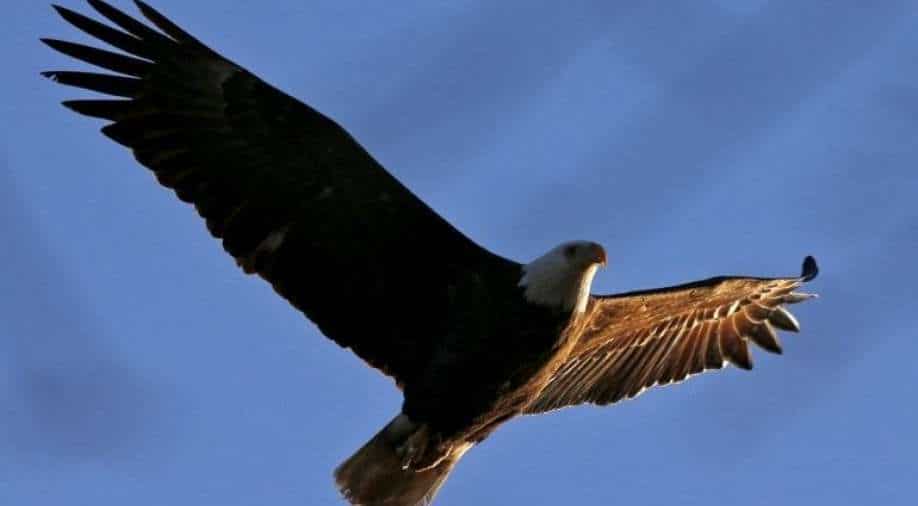 The virus has taken an unusual toll on raptors or birds of prey, including more than three dozen bald eagles. Because the spring is nesting season, some experts are worried that bird flu may pose a serious threat to the birds’ potential offspring

With millions of chickens on commercial poultry farms sickened and dying from a highly virulent strain of bird flu in recent months, it might have escaped notice that some of the nation’s most stunning wild birds have also been felled by the virus.

The virus has taken an unusual toll on raptors or birds of prey, including more than three dozen bald eagles. Because the spring is nesting season, some experts are worried that bird flu may pose a serious threat to the birds’ potential offspring.

In Minneapolis, a beloved family of great horned owls living by Lake Nokomis died of bird flu. In Florida, black vultures have been infected. And in Georgia, three infected bald eagles were found dead in coastal counties.

The H5N1 strain of the highly pathogenic bird influenza virus, which is widespread in Europe, was first reported in North America in the Canadian province of Newfoundland and Labrador in December 2021. By mid-January, the virus had infected an American wigeon and blue-winged teal in South Carolina, according to the U.S. Department of Agriculture.

Waterfowl, which are natural hosts of bird flu, have been hit especially hard. The 763 reported wild bird infections, according to the USDA, include snow geese in North and South Dakota, northern shovelers in North Carolina, brown pelicans in Florida, mallards in Minnesota and several unidentified ducks in Ohio.

Bald eagles hunt living prey and scavenge carcasses, which offer a possible route of transmission for the virus. “If the waterfowl are dying, then eagles can pick it up from eating those dead waterfowl,” said Krysten Schuler, co-director of the Cornell Wildlife Health Lab.

The USDA has reported 41 dead bald eagles infected with the virus since February, a number that does not include two more bald eagles that Schuler confirmed were infected in New York in late March, she said. This month, bald eagles have been infected in Ohio, South Dakota, Illinois, Wisconsin, Vermont, Maine and North Dakota.

Bald eagles have long been considered a conservation success story. Populations were driven nearly to extinction by the synthetic insecticide DDT: In 1963, there were only 417 known nesting pairs. But decades of conservation efforts, along with a 1972 ban of DDT, allowed the species to recover and eventually be removed from Endangered Species Act protection in 2007.

Despite this rebound, many bald eagles suffer from chronic lead poisoning. As the birds scavenge on hunted carcasses, they can ingest lead from ammunition, according to a paper published this year in the journal Science. This widespread, long-term exposure stressed the resilience of bald eagle populations, according to a study published this year by Schuler and colleagues in The Journal of Wildlife Management.

New threats to the species, such as wind turbines or a bird flu strain, could threaten its long-term success. “The resilience of these animals was very close to the edge,” Schuler said. “If a few more breeding adults died, that could actually have a pretty big impact on the future growth of these populations.”

It is not yet clear how this bird flu will affect the species’ recovery. “I’m concerned it will be endemic, and there’s already been reports of some recombination, which means there’s this new strain mixing with some of the North American versions we have and creating new viruses,” Schuler said. “We always worry about those.”

But it appears the virus will harm nesting success — the ability of a nest to produce at least one young bird capable of flight — among certain populations this year, according to a statement from the Georgia Department of Natural Resources. Aerial surveys of nesting bald eagles in six coastal counties in Georgia have revealed nest success was down 30% this year, according to the statement.

Some wild birds infected with bird flu can show no symptoms, but infection can also lead to neurological problems, which can make it difficult for a bird to fly or right itself. At Back to the Wild, a rehabilitation center in Ohio, bald eagles believed to have bird flu appear unsteady on their feet and are unable to fly; some have even had seizures.

“All are admitted with the same symptoms and pass away within hours of admission,” said Heather Tuttle, director of education at the center, adding that the rate of admission has started to slow down. Of the dozen brought into the center, none have survived. There is no effective treatment.

Bird flu poses little threat to people, and no cases of H5N1 bird flu infection have been reported in the United States, according to the Centers for Disease Control and Prevention. People should avoid direct contact with wild birds and their feces, and hunters should avoid harvesting or handling wild birds that are sick or found dead. Hunters should also wash their hands with soap and water after touching game birds and cook meat to an internal temperature of 165 degrees Fahrenheit.

Some experts have advised people to take down bird feeders to reduce the spread of H5N1 in wild birds. But Schuler has not seen many birds that use feeders, such as songbirds, infected with the virus. “So it doesn’t seem like that is a major source of potential transmission,” she said.

But bird feeders can still spread other pathogens and parasites, such as the bacteria that cause house finch eye disease, so it is still important to keep them clean.

Instead, Schuler suggests maintaining vigilance about the spread of bird flu and reporting any unusual mortalities or birds that appear to have neurological issues. “The better data we have on what’s actually happening, the more we can figure it out,” she said.