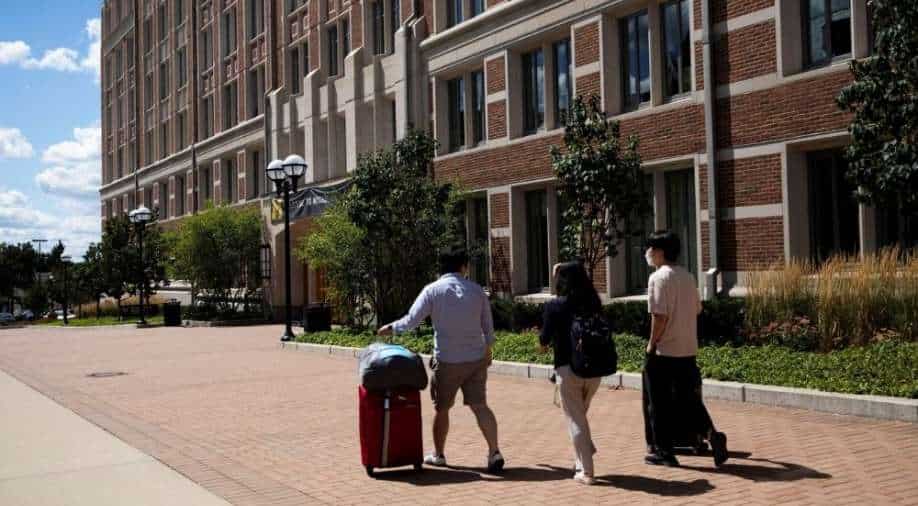 Students move back into the dorm for fall semester in August 2020 at the University of Michigan campus Photograph:( Reuters )

Opening a window could reduce the amount of coronavirus in a room by half, according to a new observational study of infected college students in an isolation dormitory at the University of Oregon.

The study, which was posted online, is small and has not yet been published in a scientific journal. But it provides real-world evidence for several important principles, demonstrating that the virus spreads from infected people into the air in a room; that the more virus they are carrying, the more virus builds up indoors; and that both natural and mechanical ventilation appear to reduce this environmental viral load.

“Ventilation is one of the most important mitigation strategies that we have at our disposal,” said Kevin Van Den Wymelenberg, who led the research and directs the Institute for Health in the Built Environment.

The researchers studied 35 University of Oregon students who tested positive for the coronavirus between January and May. All students subsequently moved into single rooms in a COVID isolation dormitory for a 10-day isolation period.

The scientists placed petri dishes in each room and used an active air sampler to trap aerosols floating around the air. Several times a day, they also swabbed various surfaces in the room as well as students’ noses and mouths.

Then they used PCR, or polymerase chain reaction, testing to determine whether the virus was present in each sample and, if so, at what levels.

“There was a significant correlation between the nasal samples and the air samples in the room,” Van Den Wymelenberg said.

The researchers also calculated the mechanical ventilation rate for each room and asked students to report how often the windows were open. They found that viral loads were about twice as high, on average, in rooms that had the window closed more than half the time.

The study had several limitations, including the fact that it included only young adults and that symptoms and window data were self-reported.