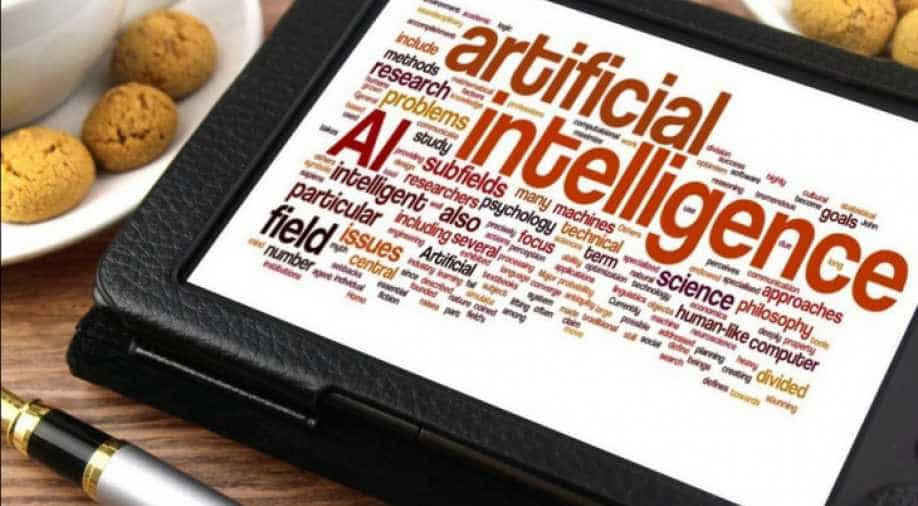 The myth that AI will lead to more job losses can be soundly debunked - that's what history tells us.  Photograph:( Others )

Artificial Intelligence (AI) is everywhere now. From phones, Tv's to retail, e-commerce and even toilets!  We are now in an era where anything that uses an algorithm can be called AI.

Facts say that with the upcoming use of AI, millions of people will be out of jobs in few years.

Web Summit, the massive technology conference in Lisbon, Portugal, polled 224 investors in one of the sub-conferences within the Web Summit framework where 93% of them said that AI will 'destroy' jobs. Tesla CEO Elton Musk claimed that the race to development of AI will lead to World War III, founder of venture capital firm 'Sinovation', Kai-Fu Lee has said that AI will replace 50% off all jobs in the next decade.

A survey conducted by Quartz - with 1,600 respondents from 84 countries, mostly in the US  - stated that 90% respondents thought that up to half of the jobs would be lost to automation within five years.

However, AI may only be able to do about 50 to 60 per cent of the work, one will need humans to fill up the 50-40 per cent. Only using AI algorithms won't work. That's when skilled humans come into play. Its all about balance!

Therefore, the myth that AI will lead to more job losses can be soundly debunked - that's what history tells us.

The Industrial revolution spanned a technological revolution in the 19th century. It sparked major changes in virtually every sphere of human existence in Britain where it began. The British economy boomed as a result with new innovations in textile with the mechanised spinning, the advent of steam power to power engines and several other breakthrough designs.

The people adapted too, it did not mean employment fell, in fact, more and more people were added to the workforce as a result of "mechanisation".  It meant upgradation of skills which helped the British economy to expand and seize new markets in Asia and Africa.

The advent of computers in the workplace is another example of "humans adapting to machines".

During the 60s and 70s in the US, computers increasingly began to enter offices which allowed small business to compete with large corporations. The rise of Apple in the 70s and Microsoft in the 80s can be attributed to the introduction of PCs in that era, despite this today after over 40 years since Apple it has employed more and more people into its company and spawned a culture of start-ups.

In the 80s and 90s, PCs aka "machines" helped "humans" to do away several tedious jobs and eliminated manual labour helping small companies not only to become more efficient but also helped the workforce to become sharper. Today in the era of startups and apps, technology has helped to take humans into a new frontier which promises a new era of growth and prosperity.

In contrary to remarks that robots will replace human workers, research firms predicts that AI may actually create more jobs than expected.

Humans throughout history have adapted and "re-skilled" themselves as new technologies have entered the cycle, despite rumblings and disruptions it has only meant the "comfort level" has increased for us humans. Artificial Intelligence, in this respect, should not be "feared" rather it should be "adapted".

For instance, as chatbots, robots, automated kiosks come into existence - more people imagine that it will capture jobs, but all this technology is only creating a better user interface. Look at automated kiosks for instance. Now, Mcdonald's in New York welcomes customers with a “Create Your Taste” kiosk - an automated touch-screen system that allows customers to create their own burgers without interacting with another human being. Does this mean cashiers and waiters will go out of jobs? NO. This is just innovation in technology which will, in turn, lead to a shift in skill - not jobs.

Mcdonalds' “Create Your Taste” kiosk (Others)

The jobs will be affected - yes - but that does not infer that jobs will be "destroyed". The number of jobs that will be affected will vary for different industries, with public sector, education, healthcare booming. AI will "replace" jobs of low-skilled workers in IT sectors in India alone with more medium and high skilled jobs - which are expected to rise to about 1 million in the next five years.

Let's take driverless cars, for example, though driver won’t be entirely displaced by self-driving cars, the nature of their work will fundamentally change. While the percentage of human drivers giving trips may go down, the absolute number of humans may actually go up. The rise of autonomous cars will open new jobs like maintaining the car fleets, jobs that don't exist today because there has never been a need. Part of advancing technology has always meant that some professions become extinct in the process.

The rise of autonomous cars will open new jobs (Others)

The fact is humans need to power the machines, it is a fantasy built by bloggers and science fiction enthusiasts who have, increasingly, through social media played the game of calling AI a barrier for mankind, but history teaches us that man has always "upgraded" himself since time in memorial.

So, once again, AI will eliminate a number of middle and low levels positions but it will give rise to more highly-skilled management and also entry-level and low-skilled jobs, it will accelerate innovation to a new level and fundamentally change the way businesses will run across the board. Focus should be more on augmenting people with AI, transforming culture to make it adaptable to AI-related job opportunities and threats.