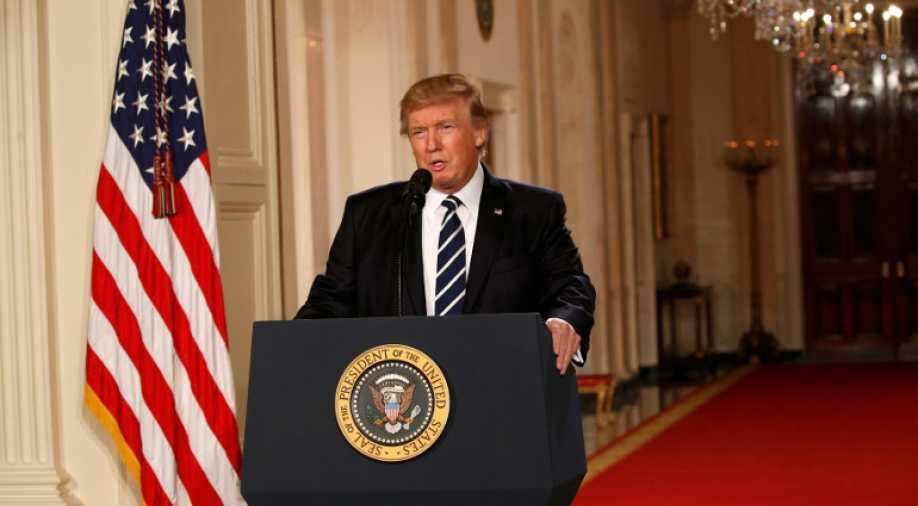 Trump has made an issue of people who are registered to vote in more than one state, using it as one of the bedrocks of his overall contention that voter fraud is rampant in the US. Photograph:( Reuters )

Gregg Phillips, US President Donald Trump’s unofficial voter fraud expert, was registered to vote in three states during the 2016 presidential election, according to the Associated Press.

Phillips was listed on the rolls in Alabama, Texas and Mississippi, according to voting records and election officials in those states. He voted only in Alabama in November, records show.

Phillips is the founder of VoteStand, a mobile app designed to allow users to report incidents of voter fraud. He made an unsubstantiated and easily disprovable claim that the election was marred by three million illegal votes.

Trump has made an issue of people who are registered to vote in more than one state, using it as one of the bedrocks of his overall contention that voter fraud is rampant in the US and that voting by three to five million immigrants illegally in the country cost him the popular vote in November.

The Associated Press found that Phillips was registered in Alabama and Texas under the name Gregg Allen Phillips, with the identical Social Security number. Mississippi records list him under the name Gregg A. Phillips, and that record includes the final four digits of Phillips' Social Security number, his correct date of birth and a prior address matching one once attached to Gregg Allen Phillips. He has lived in all three states.

At the time of November's presidential election, Phillips' status was "inactive" in Mississippi and suspended in Texas. Officials in both states told the Associated Press that Phillips could have voted, however, by producing identification and updating his address at the polls.

When contacted by the Associated Press, he claimed that he wasn’t aware of multiple registrations. Instead, he asked, “Why would I know or care?"

"Doesn't that just demonstrate how broken the system is?" he asked. "That is not fraud, that is a broken system. We need a national ID that travels with people."

On January 25, Trump announced on Twitter that he would seek a “major investigation” of the supposed voter fraud, despite his campaign lawyer's conclusion that the 2016 election was "not tainted".

But, Phillips himself is slowly backing off from the 3 million number he originally claimed explaining that he needs more time before he’s willing to provide final numbers or release his raw data.

National Association for the Advancement of Colored People (NAACP), an African-American civil rights organization in the US, president and CEO Cornell William Brooks issued a statement on the same day saying, “Today, President Donald Trump called for the federal government to spend resources investigating alleged ‘voter fraud’ in the 2016 elections. Unable to accept the fact that he lost the popular vote by some 2.8 million votes, President Trump has repeated his naked and reckless claim that 3 to 5 million illegal votes were cast in the 2016 election by 'illegal immigrants'. However, this notion of widespread voter fraud in the 2016 election, or any other American election cycle for that matter, is false and dangerous.