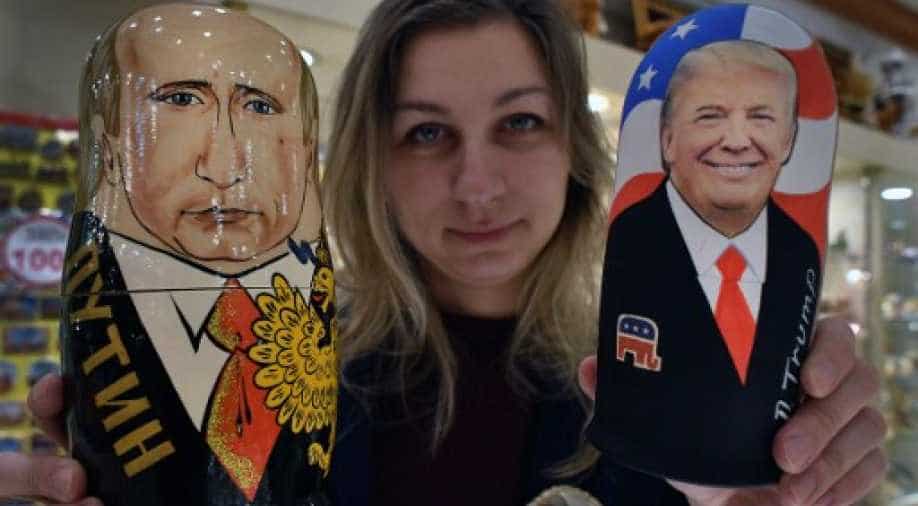 Sellers of traditional matryoshka nesting dolls have added?Trump?dolls to their popular line-up of items. Photograph:( AFP )

Trump's swearing-in ceremony may have been shadowed by several protests in certain pockets of America, but things are different in Russia.

The Russian media is giving Trump blanket air time on their news channels, the nationalists are holding all-night parties and retailers have wrapped Trump dolls with traditional matryoshka.

And as Gennady Gudkov, a Putin critic and former lawmaker, puts it -- Russia is in the grip of "Trumpomania" as they believe that Trump's taking over of the White House will benefit them.

Supporters of Trump in Russia feel that the dog days of Obama's administration are over and the new president will work closely with Russia in their fight against the Islamic State in the Middle East, work together to lift sanctions imposed over the annexation of Crimea and reduce NATO's presence near its border.

Trump has faced several questions about his proximity to the Kremlin and many believe that the Russian President Vladimir himself helped wage a cyberattack campaign against the Democrats to rake up controversial bits about Hillary Clinton.

The Kremlin has denied the insinuations but people in Russia are vocal about their happiness of Trump and not Clinton being elected. They saw Clinton as someone who would continue with the policies persisted by Barack Obama, and it is no secret that US-Russia relations had soured during the predecessor's tenure.

Konstantin Rykov, a former pro-Putin lawmaker and one of the event's promoters, said on social media it was right to celebrate the first phase of the "New World Order."

"Washington will be ours," he quipped.

And a shop selling Russian military kit located opposite the US embassy in Moscow has unveiled a cheeky promotional campaign offering embassy employees and U.S. citizens a 10 percent discount on its wares to celebrate Trump's inauguration.

The Russians have been eagerly waiting for Trump to be sworn in as the 45th president of the United States. People in Moscow have marvelled at the unpredictability of the US election and some have even anointed him as a "superman".