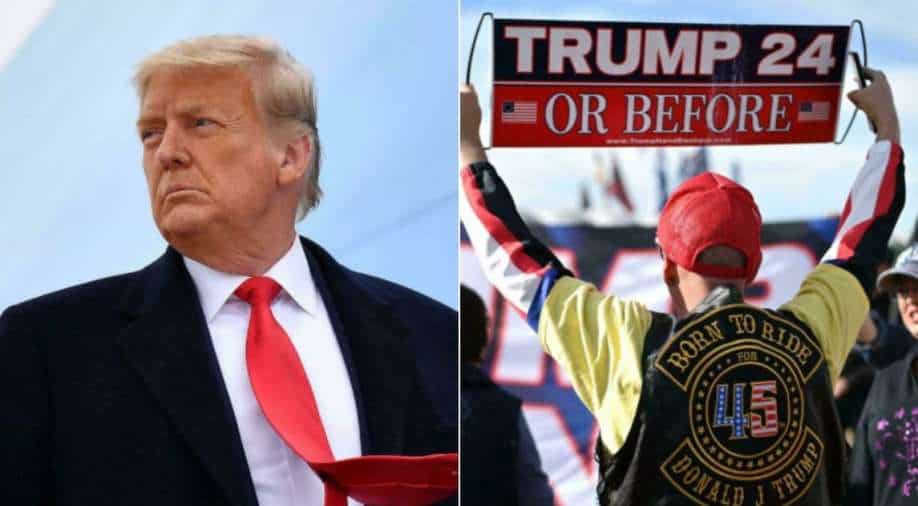 Donald Trump supporters gathered for a rally held by the former US president in Florence, Arizona. Photograph:( AFP )

During the rally, Trump walked out on a popular song of a former WWE professional wrestler known as The Undertaker

In a crowd-pleasing speech in Arizona on Saturday (January 15), former United States President Donald Trump reiterated unfounded claims that the 2020 presidential elections were stolen from him.

In front of thousands of supporters who were waving flags written 'Trump 2020' and 'Trump 2024', the Republic leader said, "We are done having our lives controlled by politicians in Washington. We are done with the mandates."

He added, "The radical Democrats want to turn the United States into a communist country. We won those elections. We won them big. We can't let them get away with it."

"If an election were held today, we would trounce them so badly in a landslide in every way, just as we really did on Nov. 3. We trounced them. If we had an honest press, the election would have been much different," Trump added.

ALSO READ | Hostage crisis at US synagogue ends: Everyone out alive, safe

During the rally, other speakers had kept to similar themes as they slammed US President Joe Biden as "weak" and "deranged."

They included Kari Lake, whom Trump has endorsed for governor of Arizona in this year's race. She has previously said she would not have certified Biden's victory if she had been in office at the time.

Mike Lindell, the CEO of MyPillow, who has spent millions of dollars trying to overturn the election, with a focus on the machines used to count ballots, told the crowd he was not going to give up.

"And I will promise you this, there's not gonna be any election with any machines or computers done in 2022," he said.

During the rally, Trump walked out on a popular song of a former WWE professional wrestler known as The Undertaker.