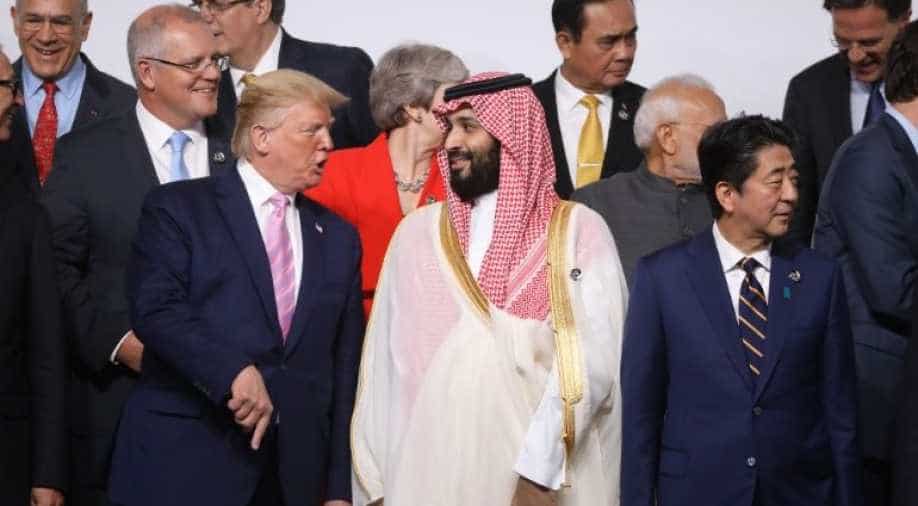 US President Trump with Crown Prince Mohammed bin Salman on the sidelines of the Group of 20 (G20) summit. Photograph:( AFP )

'I am extremely angry and unhappy' about the murder of Jamal Khashoggi at Saudi's consulate in Istanbul, Trump said.

US President Donald Trump on Saturday said he is "extremely angry" about the murder of a Saudi journalist but that nobody had "pointed a finger" at the Kingdom's crown prince.

"I am extremely angry and unhappy" about the murder of Jamal Khashoggi at Saudi's consulate in Istanbul, Trump said.

But "nobody has directly pointed a finger" at Saudi Arabia's Crown Prince Mohammed bin Salman, the US president added when asked about whether he raised the issue during a meeting with the royal.

Earlier in the day, Trump praised Saudi Crown Prince saying he was doing a "spectacular job" while referring to him as "a friend of mine".

The young royal has faced international pressure after US-based dissident Khashoggi was murdered in the kingdom's consulate in Istanbul last year.

A UN expert report released earlier had said that the "execution of Mr Khashoggi was the responsibility of the state of Saudi Arabia", and that Prince Mohammed must have been aware of attempts to cover up the crime after the fact, including a forensic cleaning of the consulate.

The report urged a formal criminal investigation into the case.

But Saudi prosecutors say all those to blame are already on trial, citing proceedings against 11 unnamed individuals in the kingdom.

Five of those face the death penalty in the trial, which has been held secretly, with only a handful of diplomats allowed to attend.