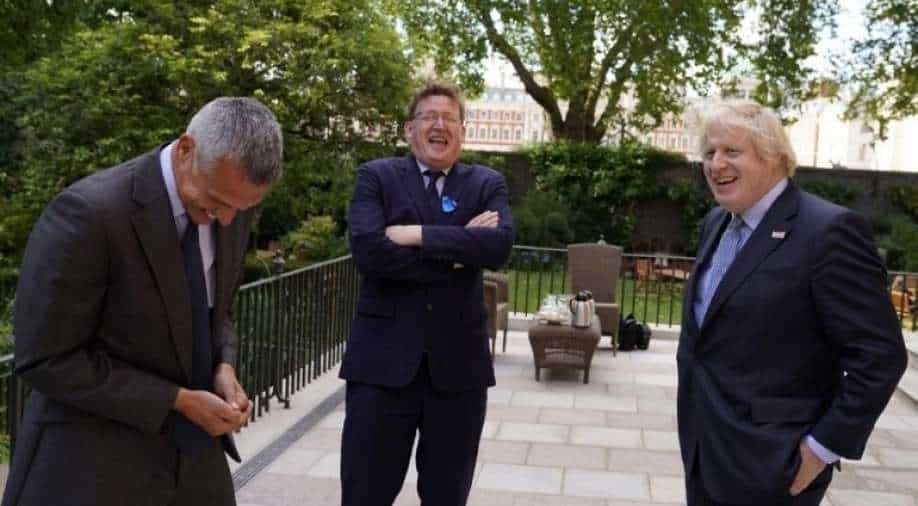 The doctor who saved the life of UK Prime Minister Boris Johnson when the leader had contracted the virus back in March, has now been infected with COVID-19

The doctor who saved the life of UK Prime Minister Boris Johnson when the leader had contracted the virus back in March, has now been infected with COVID-19.

Professor Nick Hart from the Guy’s and St Thomas’s Hospital London is self isolating after testing positive for COVID-19. Johnson was put under his care in the same hospital when he required critical care earlier in April.

Johnson continues to be thankful to the doctor. In fact, his fiancee Carrie Symonds in May revealed that the couple had named their first child - Wilfred Lawrie Nicholas in honour of the professor who saved Johnson’s life. Symonds had explained that the name referred to two doctors who played a critical role in Johnson’s treatment - Professor Hart and Dr Nick Price.

At the time, Hart had claimed be “honoured and humbled” by the touching tribute. In April, Johnson was hospitalised after falling seriously ill with COVID-19.

Also read: For Boris Johnson, a week to exorcise the demons of 2020

Reports claimed that Johnson was pumped with “litres and litres” of oxygen. It’s important to note that during this time, scientists were still trying to decipher what fights the virus.

After leaving the hospital, Boris Johnson had said - “I want to pay my own thanks to the utterly brilliant doctors, leaders in their fields, men and women but several of them for some reason called Nick, who took some crucial decisions a few days ago, for which I will be grateful for the rest of my life”.

Also read: 'Not how we do things': British PM Boris Johnson on rumours of compulsory vaccination

The hospital’s trust confirmed to The Sun that Professor Hart had actually contracted the virus and that he is currently self isolating. After recovering from the virus, Johnson had revealed how serious his condition had become after contracting COVID-19, with many doctors reportedly prepared to announce his death.

Soon after being discharged, Johnson had thanked the “utterly brilliant” doctors, praising the nurses for providing care.