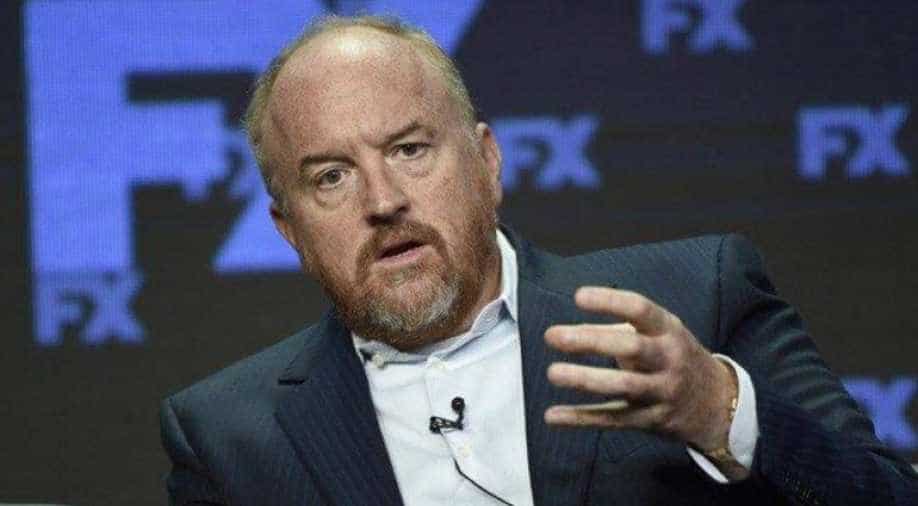 According to screenshots from YouTube, where an extended version of the clip was originally posted before being taken down, the set took place on December 19.

US comedian Louis CK, whose glittering career famously tanked after he admitted to sexual misconduct, was in the headlines again after an audio clip from a comeback set emerged in which he mocked school shooting survivors and non-binary people.

The two-minute clip, which was uploaded to Twitter on Sunday, marks a hard right turn for CK, who until his downfall in 2017 was feted as one of the greatest comedians of his generation and known for a liberal outlook.

According to screenshots from YouTube, where an extended version of the clip was originally posted before being taken down, the set took place on December 19.

The venue was not immediately clear, but CK has been making a relatively low-key comeback in recent months, performing at Manhattan comedy clubs as well as in Paris, home to his new girlfriend, French comedian Blanche Gardin.

CK begins by taking aim at today's youngsters, ridiculing their political correctness and telling his audience their lives are "just boring" compared to the drug-fueled antics of his time.

"They're like royalty, they tell you what to call 'em!" he says, before adopting a high-pitched, mock-gay voice to convey what non-binary people sound like according to him.

"'You should address me as they/them. Because I identify as gender neutral.'"

re: the leaked louis CK set, with the high pitched squeal of the guy near the recorder saying "fucking great" and "oh man" after everything is so freaking telling.

Returning to his normal voice to signify his response, he continues: "Okay. You should address me as 'there,' because I identify as a location," adding that location is their mother's genitalia.

He then turns on the survivors of the Parkland school massacre, many of whom became gun-control activists in the aftermath of the February 2018 shooting by a lone gunman that left 17 dead.

"They testify in front of Congress, these kids? What are they doing? You're young! You should be crazy! You should be unhinged! Not in a suit," he said.

Another part of the set uploaded by Swiss journalist Aicha Kottmann featured an extended take on children with learning difficulties in which CK repeatedly utters an offensive word to describe their condition.

The clip drew many shocked reactions even as some conservative commentators showered it with praise.

"I'm listening to the leaked Louis set and it's very clear he's just going to tour Red States for the rest of his life to rapturous crowds, like Trump," wrote comedy writer Jack Allison, who uploaded the Twitter clip.

But a rightwing commentator wrote: "Louis CK 2.0 is funny as hell!"

He was dumped by Netflix, his publicist, the television networks FX and HBO, while a movie project about the relationship between an aging filmmaker and a teenage girl was scrapped.