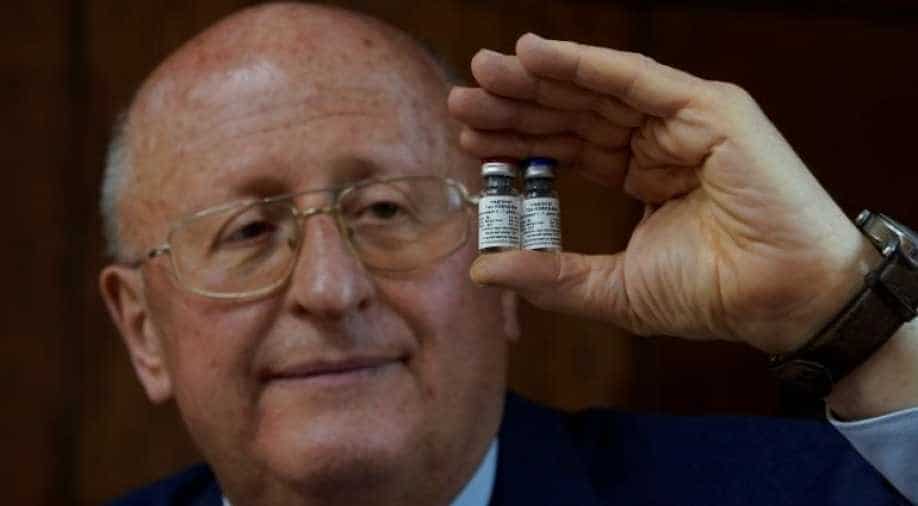 Alexander Gintsburg, director of the Gamaleya National Research Center for Epidemiology and Microbiology, shows bottles with Sputnik-V vaccine against the coronavirus disease (COVID-19) during an interview with Reuters in Moscow, Russia Photograph:( Reuters )

Putin's spokesman added that Sputnik V was "secure, good and in demand"

As the race to produce and distribute vaccines around the world enters a new stage with the authorization of US pharma giant Pfizer and Germany's BioNTech, Kremlin said today that "dirty methods" were being used to discredit the Russian Sputnik V vaccine to block its access in other markets.

"These intentions are seen not only in the Kremlin, they are visible to the naked eye," Russian President Vladimir Putin spokesman Dmitry Peskov said, adding, "Competition is fierce, and it's good when this competition is going on fairly, and there shouldn't be much competition in this market."

"Competition is being politicised and dirty methods are being used to discredit our vaccine," Peskov asserted.

Putin's spokesman added that Sputnik V was "secure, good and in demand", while lamenting that "certain countries and their pharmaceutical corporate giants don't use very polite methods."

Russia was the first country to unveil the coronavirus vaccine in August and named it Sputnik V after the world's first satellite launched by the former USSR in 1957.

Several countries including Venezuela, Belarus and India have tied up with the Russian vaccine maker to conduct clinical trials. However, the vaccine is still under phase 3 clinical trial.

Russia has in the meantime administered the vaccine to its citizens and servicemen on a mass scale as Putin declared the country will go ahead with large scale vaccination campaign as COVID-19 continue to surge in the country.

Russia had begun mass vaccination of high-risk groups as manufacturers said interim results had shown that the vaccine was 95 per cent effective. The vaccine is administered in two doses with a 21-day gap and is available free of cost to its citizens.