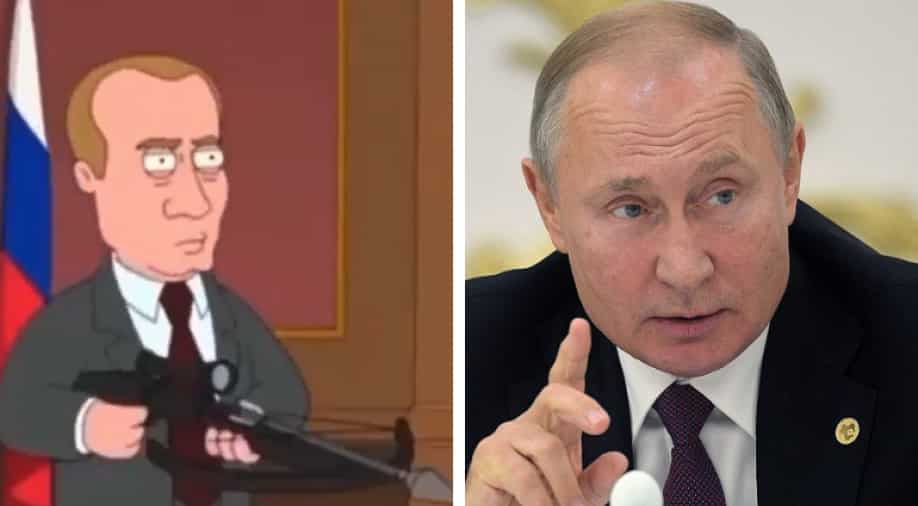 With speculations rife over Russia invading Ukraine, a clip from Family Guy’s eighth episode “Spies Reminiscent of Us” that aired in 2009 has gone viral

As the Russia-Ukraine tensions arrive at its most critical juncture, netizens seemed to have dug out a scene from the hit show Family Guy from over 10 years ago claiming to have predicted Vladimir Putin's strategy in the Ukraine crisis.

With speculations rife over Russia invading Ukraine, a clip from Family Guy’s eighth episode “Spies Reminiscent of Us” that aired in 2009 has gone viral.

A sequence in the episode shows the Russian leader terrifying those around him by brandishing different weapons in an aggressive manner. But he then proceeds to use them as handy accessories, much to the relief of everyone.

At one stage, he gets out a machine gun, causing those around him to gasp in fright, before using it to light a cigarette.

“Gentlemen, let me put your mind at ease,” he tells characters including Stewie and Brian, adding: “I know why you are here, and I mean to help you.”

The clip was shared on Twitter with the caption, “Putin’s Ukraine Strategy,” which instantly went viral.

Days after announcing de-escalation near the Ukraine border, Russia ordered his military to enter the Russian-controlled areas of southeast Ukraine— Donetsk and Luhansk —following a decision to recognise the territories as independent states.

Ukrainian President Volodymyr Zelenskiy on Tuesday accused Russia of disturbing the peace and violating the nation’s sovereignty and territorial integrity. Zelenskiy affirmed that Ukraine will not give up its land but is committed to a “peaceful and diplomatic path”.

The United States said it will impose new sanctions on Russia after announcing sanctions on two Russian-backed areas in eastern Ukraine.