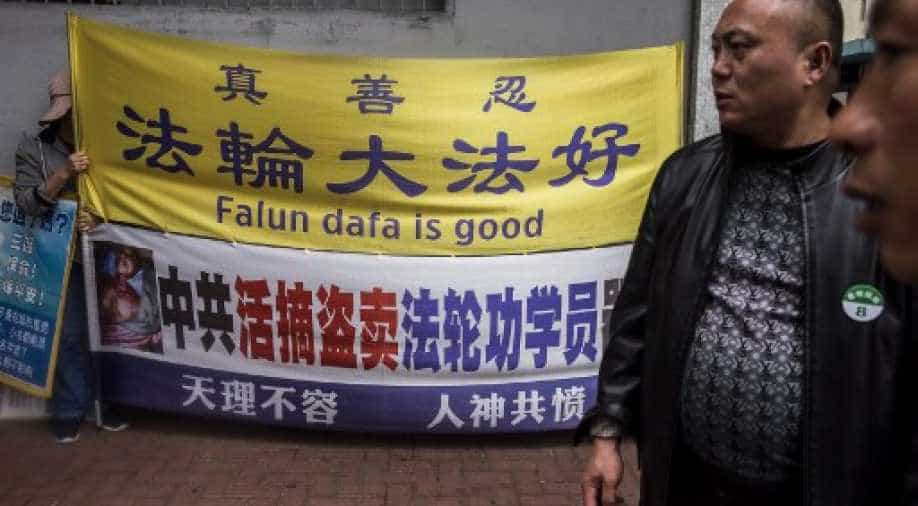 Falun Gong is a religious movement. It believes in the cultivation of virtue and emphasises spiritual enlightenment.

It is the biggest victim of China's doctrine of state atheism - Falun Gong.

Falun Gong is a religious movement. It believes in the cultivation of virtue and emphasises spiritual enlightenment.

Falun gong or the "dharma wheel practice" is a system of mind and body cultivation under China's ancient Qigong tradition. It's a combination of Buddhist and Taoist teachings and believes in the cultivation of moral character through forbearance.

Falun Gong was established by the famous Chinese spiritual leader Li Hongzhi in May 1992. Li's movement attracted tens of millions of urban Chinese citizens. It also gained significant popularity across the world as the growth of the movement coincided with the migration of students from mainland China to the West.

Throughout the 90s Falun Gong clubs and associations began appearing in almost every part of Europe but in 1999 when the movement became a subject of international media coverage tension erupted between Falun Gong practitioners and the Chinese Communist Party.

China declared it illegal and said Falun Gong was advocating superstition. In the years that followed, the Chinese Communist Party launched a propaganda campaign to cast the movement as an "evil cult". The state media published articles blaming the Falun Gong for hoodwinking people as thousands of practitioners were arrested and detained. They were incarcerated in labour camps and subjected to torture, arbitrary execution and organ harvesting.

In 2006, a report by Canadian MP David Kilgour uncovered China's atrocities on Falun Gong practitioners. The report revealed a significant increase in China's annual organ transplant since 1999 in the same year when China began the crackdown.

In 2016, another report was released which estimated the volume of organs harvested to be around 100,000. As of today, Falun Gong does not exist in mainland China. The practitioners are mostly based overseas  trying to draw the world's attention to their plight.

In September 2019, WION had travelled to New York to cover the UN General Assembly session. We had carried a report on the annual protests outside the UNGA headquarters. Falun Gong practitioners were seated quietly among the protesters. They have been persecuted for their beliefs, banished for their practices and robbed of their organs.

Falun Gong practitioners are still fighting for legitimacy and waiting to return home.