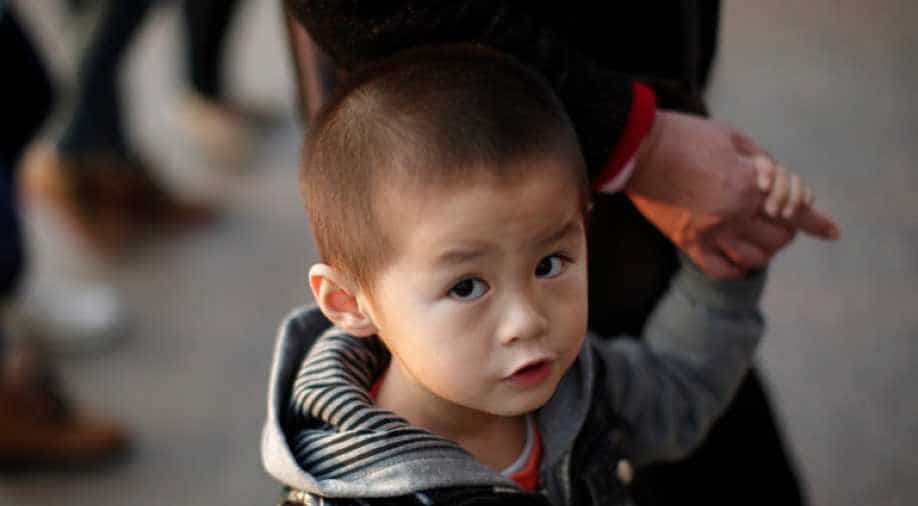 There were 15.23 million live births in 2018, a drop of two million from the year before, data from the National Bureau of Statistics (NBS) showed.

China's government raised the limit to two children in 2016 to rejuvenate the world's most populous country, which has nearly 1.4 billion people, and experts say it may remove the cap next year.

But the change does not seem to have inspired couples to have more children, partly due to urbanisation and the higher cost of living in the world's second-biggest economy, according to experts.

"Decades-long social and economic transformations have prepared an entirely new generation in China, for whom marriage and childbearing no longer have the importance as they once did for their parent's generation," said Wang Feng, a sociology professor at the University of California, Irving.

There were 15.23 million live births in 2018, a drop of two million from the year before, data from the National Bureau of Statistics (NBS) showed.

Population growth is at its second-lowest since the founding of the People's Republic of China, Wang said, adding that the lowest ever growth was in 1960 when the country was going through a famine.

Still, China's total population rose by 5.3 million in 2018 to 1.395 billion people, retaining its title as the world's most populous nation.

"China's labour participation rate is not considered low worldwide, more than 700 million of our 900 million people (of working age) are employed, and there is still room (for growth)," he said.

This is the seventh consecutive year of decline, noted He Yafu, an independent demographer based in the southern Guangdong province.

"The low birth rate has led to a seriously ageing population. On one hand, families are getting smaller, reducing support for the elderly; on the other hand, the elderly population to the workforce is growing, which increases the burden on the working population," He said.

Signs of China's falling population growth had emerged when data released by some local authorities indicated a significant drop in births last year.

In Qingdao, a city in eastern Shandong province — one of China's most populous regions — births between January and November decreased by 21 per cent to just over 81,000 compared to the previous year.

Introduced in 1979, the one-child policy was mainly enforced through fines but was also notorious for forced abortions and sterilisations, which caused birth rates to plummet.

Exceptions were made for rural families whose first-born was a female, and for ethnic minorities.

In a draft of China's new sweeping Civil Code, due to be introduced in 2020, all mention of "family planning" has been removed, suggesting that the limit on family sizes could be lifted.

But the rising cost of living has discouraged many of child-bearing age, He said, adding that like with many countries around the world, fertility rates in rural areas are high but less so in the cities.