Despite sanctions, Russian ruble is the world's top performing currency in 2022 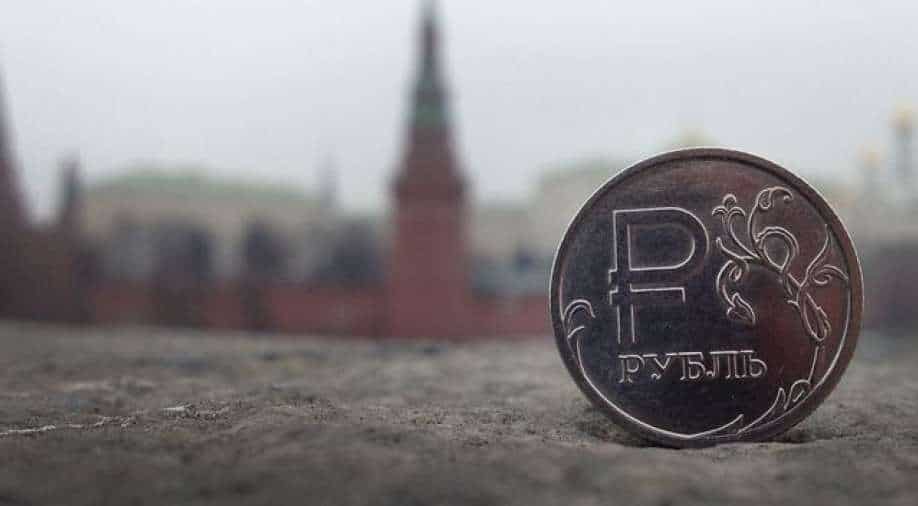 A Russian ruble coin is pictured in front of the Kremlin in in central Moscow. Photograph:( Reuters )

In 2022, the Russian ruble is the best-performing currency in the world, up 11% against the dollar. Moscow has instituted capital controls to support its economy and currency in the face of wartime sanctions.

The ruble has recovered the majority of its losses, and Russia's capital controls have made it the best-performing currency in the world this year, while just a few people will benefit from the boom.

The ruble rose against the dollar again on Wednesday, as the Moscow Exchange reopened after a two-day holiday.

It has gained more than 11% versus the US dollar since the beginning of the year, surpassing the real's 9% rise to become the biggest gainer among Bloomberg's 31 major currencies. The offshore rate has risen considerably more, by roughly 12%.

The ruble's advances are the outcome of the government's efforts to safeguard the battered currency in the wake of Western sanctions.

In addition to the capital controls, Russia has demanded ruble payments for natural gas supplies from European countries, as well as requiring exporters to sell their foreign exchange holdings.

Nonetheless, the Kremlin's market manipulations have outpaced those of other countries like Argentina and Turkey, which attempted similar techniques.

Currency traders, on the other hand, are about to discontinue using the onshore exchange rate for some transactions since the tight capital controls have resulted in a wider spread than the offshore ruble rate.

Since June 6, the Trade Association for Emerging Markets has advised dealers to settle some derivative contracts using the WM/Refinitiv rate.