Despite no favours, Russia still backs Trump as next US president, say analysts 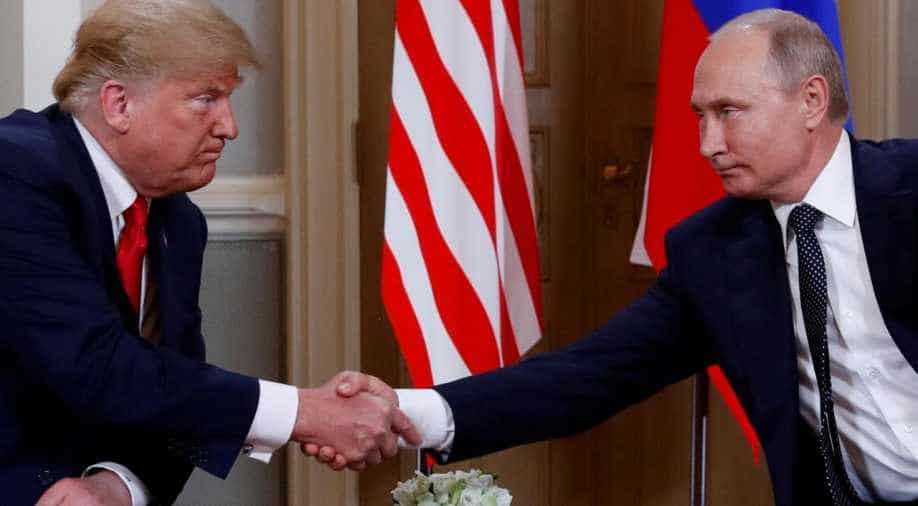 Multiple reports claimed of Russian interference in the United States presidential election in 2016 and analysts say that Moscow is still trying its best to give Donald Trump another term despite the setback.

Russia was expecting better ties with the US when Trump was elected in 2016 as the relations during the term of Barack Obama were deteriorating.

Also read | Has Trump team announced its surrender to the pandemic?

On Wednesday, US director of national intelligence accused Russia and Iran of getting US voter details and doing acts to influence public opinion in Nov. 3 election-- accusations the Kremlin rejected as "completely groundless."

Trump also raised eyebrows in 2018 when he said "I don't see any reason why it would be" Russia to meddle with US election.

However, since then, Washington took actions that were in odds with Moscow, including increasing military deployment in Syria and pulling out of centrepiece arms treaty.

In an interview in early October, Russian president complained that since the start of Trump's four-year rule, Russia has been sanctioned 46 times.

However, analysts believe that the screws will be tightened even more under Biden.

"After the usual rhetoric of the Democrats, which everybody heard in the past four years, it would be logical if they demanded tougher sanctions," said Alexander Baunov of the Carnegie Centre in Moscow, as reported by news agency AFP.

The Democrat-run Congress is also making things difficult for Moscow by imposing sanctions.

Analyst Alexander Shumilin of the Russian Academy of Sciences adds that Trump will be Moscow's preference as has shown "he is not ready to strengthen sanctions and even tried to soften them".