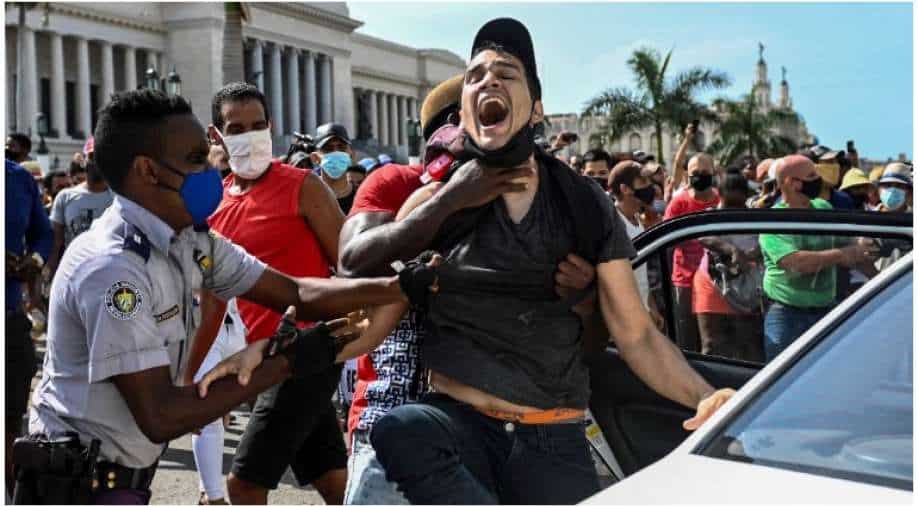 There has been little to laugh about in Cuba lately. But on a recent episode of "El Enjambre," a weekly podcast produced on the island, the three hosts were howling at the latest form of censorship by the state-run telecommunications company.

“If you send a text message with the word freedom, the message doesn’t reach the recipient,” Lucía March told her incredulous co-hosts, referring to the Spanish language word 'libertad'. “It evaporates, vanishes! I’m serious.”

The exchange was funny, informative and lighthearted, traits that have made "El Enjambre" one of the biggest hits among the scores of new Cuban-made podcasts that are now competing for residents’ attention and limited internet bandwidth.

Cubans began having access to the internet on smartphones only in 2018. Since then, podcasts about politics, current events, history, entrepreneurship and language have upended how Cubans get their information, expanding the middle ground between the hyperpartisan content generated by government-run media outlets and American government funded newsrooms that are highly critical of the island’s authoritarian leaders.

“There has been exponential growth, and I predict it will continue to multiply,” said Yoani Sánchez, a Cuban journalist who records a daily news podcast plugging stories from the independent news portal she runs, 14yMedio.

Cuba’s government blocks access to several news websites — including 14yMedio — and recently passed a measure making it a crime to post content that is critical of the Cuban state on social media. But the authorities have not yet taken action to censor or block access to the more than 220 podcasts that are produced in Cuba or cater largely to Cuban audiences, said Carlos Lugones, founder of Cuba Pod, a platform that promotes and catalogs Cuban podcasts.

“It’s very difficult for a government to censor a podcast because there are many ways of distributing it,” said Lugones. “Podcasts spark debates in society all the time. They cause people to reflect.”

A desire to do just that prompted Carlos Condis, an industrial engineer, to launch "El Enjambre" — Spanish for swarm of bees — in late 2019. The heart of the show is a spirited, spontaneous conversation among Condis and his co-hosts, March and Yunior García Aguilera.

No subject is off limits.

"El Enjambre" provided detailed coverage of the remarkable July 11 anti-government protests in Cuba and searing criticism of the ruthless crackdown that followed.