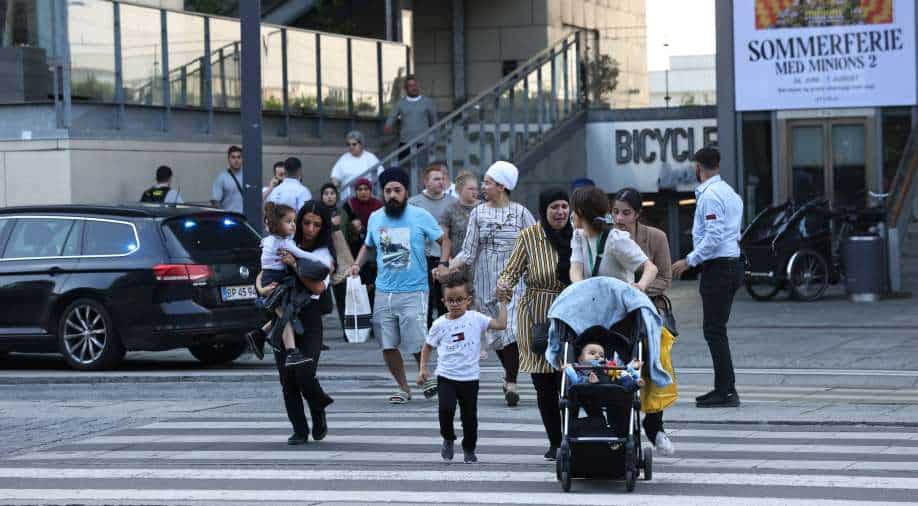 Denmark Copenhagen Mall shooting: With three people killed in the Copenhagen firing and several others injured, police has arrested a 22-year old man for being solely responsible for the incident. Harry Styles has also cancelled his show in the city, after the attack

At least three people were killed and several injured after a gunman opened fire at a packed mall in the capital Copenhagen. Among the injured, three are said to be in critical condition. The Denmark police as well as the Prime Minister Mette Frederiksen and other people showed concerns regarding the increasing rate of violence in the country. Officers were called to the Fields shopping center which is located near to the airport, at around 5:30 pm, after reports of a gunman firing shots came.

Who did the firing?

The police said that they have arrested a 22-year-old Danish resident, indicating that he was the sole person involved in the mass shooting. They said that the motive of the 22-year-old remain unclear, adding that he was known to the police "but only peripherally”. Police inspector Soren Thomassen said that, there was no indication that anyone else was involved in the attack, though police were still investigating. He was arrested peacefully shortly after police arrived at the scene. “Police arrested the suspect thirteen minutes after receiving the first emergency call about the shooting”, Thomassen said. According to witnesses, the young Danish man, armed with a large rifle, started shooting uniseriately at the large Fields shopping mall, located between the city centre and Copenhagen airport.

How many people were killed and injured?

The victims included a man in his 40s and two young people. However, no details about them were given by the police. Soren Thomassen said that, "several others were injured, three of them critically". Danish Prime Minister Mette Frederiksen said that the country has been hit by a "cruel attack". Images from the scene showed people running out of the mall while some were seen on stretcher, taken to the hospital. A spokesman for Rigshospitalet, Denmark's largest hospital, told CNN that the hospital had taken in several victims and had called in extra staff to deal with the emergency.

What is going on in Social Media?

On social media, people had been speculating about a racist motive, or some other, but the head of the investigation said, " I cannot say that we have anything which supports that at this moment."

Police, however, confirmed that they were probing videos posted online which claimed to show the suspect with weapons and pointing a gun at his head.

A phone line for victims has been opened and police said they have set up a central location where eyewitnesses can get support and report their experiences to law enforcement officials.

Due to the tragic incident in Copenhagen, Harry Styles has cancelled his show in the city. He released a statement on twitter mentioning the same and expressed grief for the ones killed and injured in the attack. He mentioned that he is "heartbroken" after the attack. He was scheduled to perform at the nearby Royal Arena venue on Sunday night as part of his ongoing Love On Tour.

I’m heartbroken along with the people of Copenhagen. I adore this city. The people are so warm and full of love.

I’m devastated for the victims, their families, and everyone hurting.

I’m sorry we couldn’t be together. Please look after each other. H

Sunday’s gun attack is the worst in Denmark’s history since February 2015, when a 22-year-old man was killed in a shootout with police after going on a shooting spree in the capital that left two people dead and five police officers wounded. The shooting comes a week after a mass shooting in neighbouring Norway, where police said a Norwegian man of Iranian origin opened fire during a LGBTQ festival, killing two and wounding more than 20.