Demonstrators in US call for justice, reforms a year after Breonna Taylor's killing 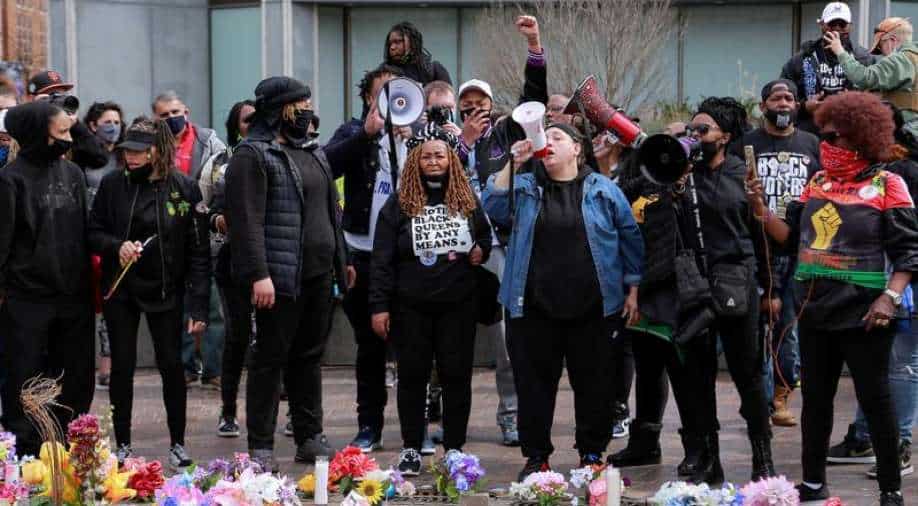 Protests in the US over Breonna Taylor's killing Photograph:( Reuters )

Breonna Taylor, a Black 26-year-old emergency medical technician and aspiring nurse, was shot six times and killed by police in her Louisville home during a botched raid on March 13, 2020.

Demonstrators demanded justice and police reforms on Saturday as they marched on the one-year anniversary of the death of Breonna Taylor, a young Black woman mistakenly shot and killed by officers during a raid of her apartment.

Taylor, a Black 26-year-old emergency medical technician and aspiring nurse, was shot six times and killed by police in her Louisville home during a botched raid on March 13, 2020.

A grand jury in September recommended no homicide charges against the three white officers in the case. One of the officers, Brett Hankison, was charged with three counts of wanton endangerment for firing into a neighbor’s apartment, and a juror said later those charges were the only ones brought to the grand jury by Kentucky Attorney General Daniel Cameron. Hankison and two other officers were fired by the police department.

The deaths of Taylor and George Floyd, a Black man who died under the knee of a policeman in Minneapolis, became a focus of a wave of protests last year against police abuses and racism in the United States.

Twelve months after the killing -- in which police shot Taylor while looking for a former friend of hers -- only one of three police officers has been charged, and only for endangering Taylor's neighbours by firing wildly.  The failure to press homicide charges -- a decision denounced as "outrageous" by Taylor's family -- sparked sporadic violence in Louisville last September.

President Joe Biden on Saturday declared his support for reforms. "Breonna Taylor's death was a tragedy, a blow to her family, her community, and America," he tweeted.

"As we continue to mourn her, we must press ahead to pass meaningful police reform in Congress. I remain committed to signing a landmark reform bill into law."

Louisville Mayor Greg Fisher said his city has made significant reforms in policies and priorities, but that there was still "a good deal of work ahead."
Taylor`s "death resonates still in our city and around the world, underscoring the need to reform systems and act more urgently to advance racial justice and equity," he said on Twitter.

On Saturday, protests were held in other cities across the United States on Saturday to mark Taylor`s death, including in Atlanta and New York.

Taylor's family and friends are now looking to the results of a federal probe, with the Federal Bureau of Investigation saying Saturday its work was moving forward.