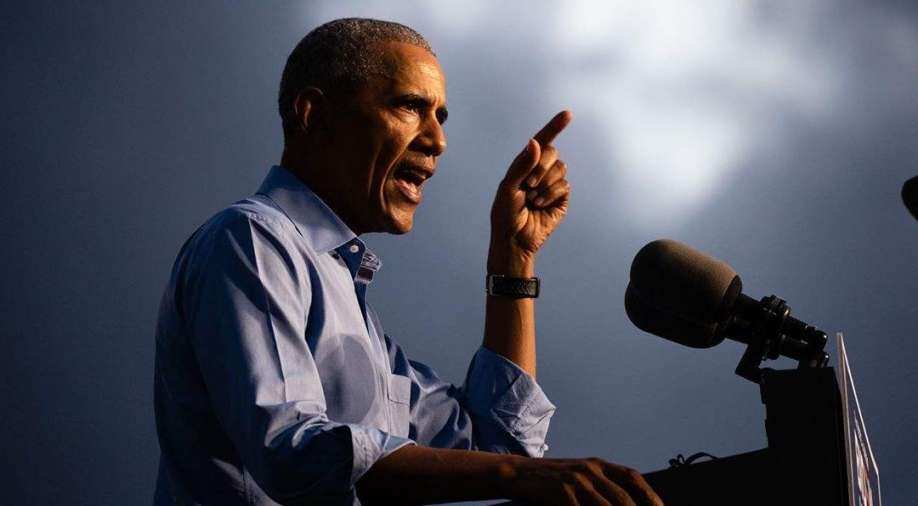 The pointed assessments of Obama’s handling of the 2009 stimulus effort are the closest Democrats have come to grappling with a highly delicate matter in the party: the shortcomings in the legacy of Obama

As Democrats pushed this month to pass the $1.9 trillion coronavirus relief package, they were eager to rebuke Republicans for opposing en masse a measure filled with aid to struggling Americans. But they had another target as well: the core policy of President Barack Obama’s first-term agenda.

Party leaders from President Joe Biden on down are citing Obama’s strategy on his most urgent policy initiative — an $800 billion financial rescue plan in 2009 in the midst of a crippling recession — as too cautious and too deferential to Republicans, mistakes they were determined not to repeat.

The pointed assessments of Obama’s handling of the 2009 stimulus effort are the closest Democrats have come to grappling with a highly delicate matter in the party: the shortcomings in the legacy of Obama, one of the most popular figures in the Democratic Party and a powerful voice for bipartisanship in a deeply divided country.

The re-examination has irked some of the former president’s allies but thrilled the party’s progressive wing, which sees Biden’s more expansive plan as a down payment on his ambitious agenda. And it has sent an early signal that Biden’s administration does not intend to be a carbon copy of his Democratic predecessor’s. Times, all concede, have changed.

“This time, the feeling was, ‘We’re not very willing to negotiate what we think is needed,’ ” said former Sen. Byron Dorgan, D-N.D., who retired before the 2010 midterm elections. “In 2009, I think the feeling was, ‘Oh we wanted more, but we didn’t get what we wanted.’ ”

The careful dance around Obama and his accomplishments continues a dynamic from the Democratic presidential primary. While taking care not to disparage his administration, several candidates stressed the need for the party to embrace a more take-no-prisoners political approach with Republicans; others criticized Obama’s policies on immigration: though he used an executive order to aid the Dreamers, he also pushed deportations and border detentions.

It also highlights the rapid change in Washington over a decade of partisan brawling. Both Obama and Biden came into office on promises of unity and bipartisanship in the face of an economic crisis, but Biden is the beneficiary of a changed landscape in the party. Democrats are now more cognizant of Republican obstruction, less deferential to the deficit hawks and energized by a growing progressive wing that has pulled the party’s ideological midpoint to the left.

A decade ago, Obama’s strategy reflected the Democratic Party’s mainstream, an insistence on negotiating with Republicans, keeping the Senate filibuster and trimming his own ambitions for a nation that he and others worried could handle only so much change after electing its first Black president. Now, the progressive criticism of that posture has become party canon.

Rep. Alexandria Ocasio-Cortez of New York, a leading progressive voice, said the changes should be attributed partly to the growth of the left, but partly to an inadequate Democratic response to the Great Recession, which she said “created so much damage economically, for people, but it also created a lot of political damage for the party” by not being larger in scope.

“I came of age watching Democratic governance fail me and fail my family,” Ocasio-Cortez said.

Obama is himself a person who carefully takes stock of his presidential legacy and his place in Democratic Party politics. He has not publicly responded to the recent criticism of his stimulus strategy, and through a spokesperson he declined a request to comment for this article.

But for friends and allies who are close to him, the characterizations of Obama’s 2009 efforts sting.

Some describe it as an attempt, in a different political era, to act as Monday-morning quarterback, and bristle that figures who were involved in the 2009 negotiations — like Sen. Chuck Schumer, D-N.Y., or Biden — have now publicly expressed regret over them. Others describe it as the natural course of politics: past actions being used as a baseline for improvement.

Valerie Jarrett, Obama’s former senior adviser, said the administration was acting on the evidence and the political possibilities of the time.

“This was the worst economic recession since the Great Depression,” she said. “And therefore, there wasn’t a body of evidence about the size of the package and the impact it would have.” She also mentioned a political incentive: “It was important to show the country early in President Obama’s time in office, he was willing to work with Republicans.”

In many ways, the maneuvering is a stand-in for larger tensions within the party. Obama’s close-knit circle is keenly devoted to protecting his policy legacy. A growing left wing wants more investments in health care and combating climate change, and a break from hard-line policy on immigration. Biden’s administration is seeking to chart its own path.

In a recent address to House Democrats, Biden argued that it was Obama’s “humility” that cost Democrats at the time, because the president didn’t spend enough time explaining the benefits of his stimulus package to the American people.

“Barack was so modest, he didn’t want to take, as he said, a ‘victory lap,’ ” Biden said. “I kept saying, ‘Tell people what we did.’ He said, ‘We don’t have time, I’m not going to take a victory lap,’ and we paid a price for it, ironically, for that humility.”

The White House recently announced that Biden, Vice President Kamala Harris and some key administration figures would travel the country.

But Obama’s own public comments since his presidency hint at a changing worldview. At the funeral for Congressman John Lewis, the civil rights icon who died in 2020, Obama seemed to endorse ending the Senate filibuster as a way to expand voting rights — a move he had long avoided. He said during the Democratic primary that while he was proud of his presidential campaigns, the landscape had changed and required more expansive policy proposals.

“I want candidates now to propose beyond what we were able to get done then, because the politics have changed,” he said at a 2019 fundraiser.

That task is now left to Biden, who lacks the cult of personality that surrounded his former boss but is also less interested in cultivating one. In passing his first piece of signature legislation without a Republican vote, the president has subtly rejected the way Jarrett framed unity — he will pursue it not by endlessly wooing Republicans but by passing legislation that most Americans support.

Sen. Susan Collins of Maine, a moderate Republican who backed Obama’s stimulus measure after it was pared back, said Biden’s approach was a reversion on his campaign promise to be a unifying figure.

Biden “showed that he had absolutely no interest in trying to negotiate a bipartisan agreement.’’ Collins recently told reporters.

Progressives like Sen. Bernie Sanders of Vermont and Ocasio-Cortez say the willingness to forego Republican buy-in is proof the entire party now agrees on the need for structural reform, and the hardball tactics that may be required.

“Schumer spoke to the very real pain of delaying decisive action, which is a self-inflicted wound, I would say, for the party,” Ocasio-Cortez said. “Where you delay and you water down, and you just kind of hand Susan Collins a pen, to have her diminish legislation for months, just for her to not even vote for it in the end.”