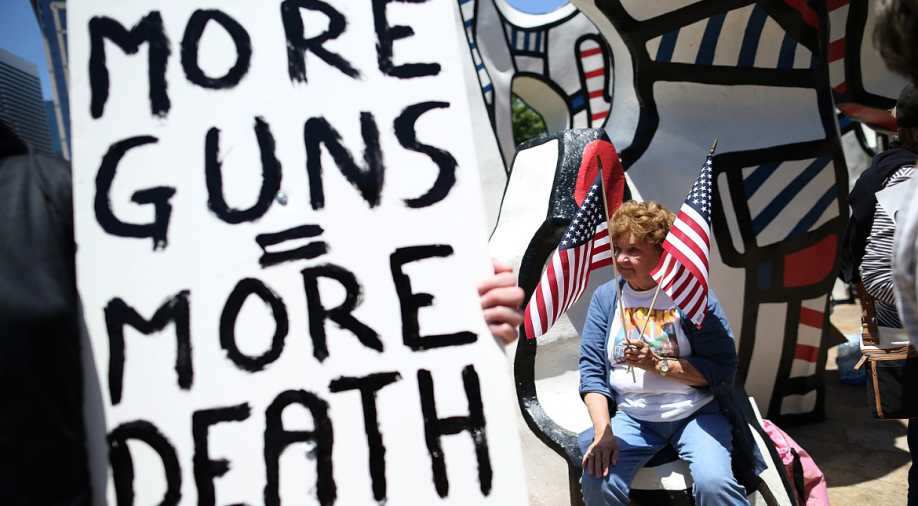 A US government report shows that known or suspected terrorists have passed background checks for gun sales more than 90 per cent of the time since 2004. Photograph:( Getty )

Follow Us
Democrats demanding action on gun control turned to Twitter's Periscope and Facebook's live video platform to broadcast their "sit-in" on the floor of the US House of Representatives on Wednesday after the chamber's cameras shut down.

Representative Scott Peters of California told Reuters he downloaded the online video platform Periscope from the House floor after it became clear that chamber cameras were not operating.

The protest was the latest move by Democrats to persuade the Republican majority in Congress to take up votes on gun control measures in response to last week's mass shooting in Orlando, Florida, the deadliest in modern US history.

In video streamed on Facebook Live by Congressman Beto O'Rourke, House Minority Leader Nancy Pelosi can be seen speaking into a microphone that was turned off. She could be heard asking the House Speaker to turn the microphones back on.

At about noon EDT (1600 GMT), presiding House officer and Republican Representative Ted Poe declared the House not in order, as Democratic protesters sat at the front of the chamber.

The hashtag #NoBillNoBreak became a rallying cry for gun control supporters on Twitter and quickly became the top-trending hashtag in the United States on the social media platform.

Politicians and average social media users alike used the hashtag as a sign of solidarity with the sit-in.