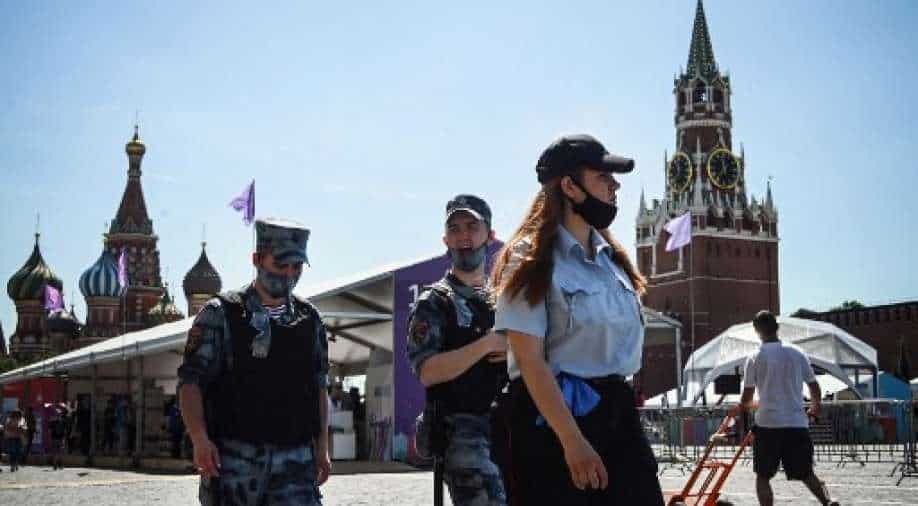 Russia on Friday reported over 17,000 new coronavirus infections as capital Moscow closed its European football Championship fan zone and banned gatherings of more than 1,000 people due to a spike in COVID-19 cases.

Capital Moscow which has been the epicentre of the virus recorded 9,056 cases in the last 24 hours which is the highest rate of infection since the start of the pandemic in Russia.

The Russian capital recorded 78 fatalities with the country recording a total of 453 deaths worrying health officials.

The capital had already declared a non-working week earlier.

"The situation in Moscow with the spread of COVID-19 disease is rapidly deteriorating, and the dynamics are quite unexpected since more than 60 per cent of Muscovites have either been ill or vaccinated," Sobyanin said.

The Moscow mayor said there was a three-fold increase in the coronavirus cases. Sobyanin added that scientists were assessing the possibility of transmission and increasing the contagiousness of the strain including the transmissibility pattern.

The mayor confirmed the Delta variant represented almost 90 per cent of new coronavirus cases in the city.

"The latest data we have received is that 89.3 per cent are sick with a mutated coronavirus, the so-called "Delta"," the Moscow mayor told a local television channel.

Authorities are also increasing the number of hospital beds in the capital as the city battles the virus, although they said there are enough already available.

All mass entertainment events have also been closed in the city including dance halls and football fan zones.

On Thursday, the Moscow mayor had announced the coronavirus cases had surged from 3,000 to 7,000 within a few days.

Saint Petersburg which is set to host several high profile Euro 2020 matches during the month has already witnessed a surge in coronavirus cases as authorities announced tightening of virus restrictions, including no food sales in fan zones.