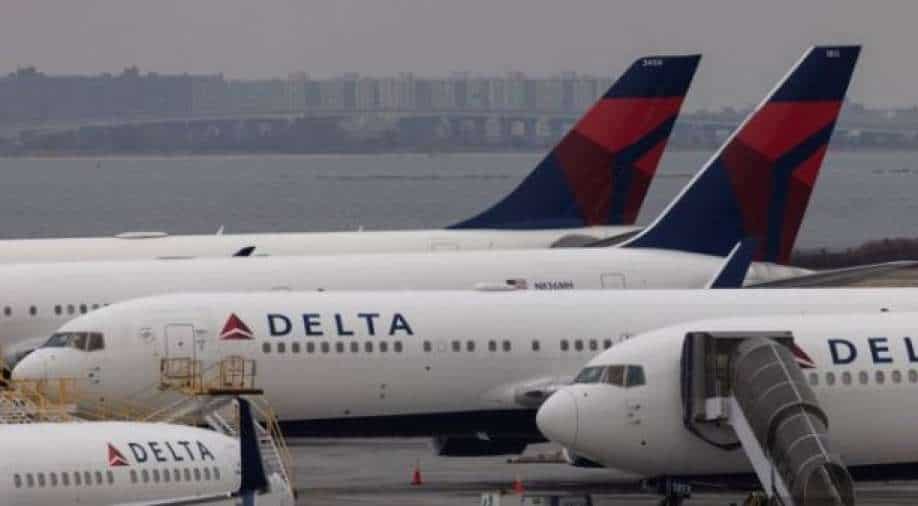 Delta’s chief legal officer, Peter Carter, accused the union of trying to sow “fear and confusion” among its employees

Delta airlines and a large flight attendants union are fighting about whether the company’s new isolation policy for employees who test positive for the coronavirus puts workers and travellers at risk.

The airline’s chief legal officer sent a letter on Friday to the Association of Flight Attendants-CWA saying it had posted “false and defamatory information” about the company’s policies and asking it to correct those statements and stop repeating them. The union, which represents nearly 50,000 flight attendants at 17 airlines and is seeking to unionize Delta’s flight attendants, responded on Tuesday that its statements had been “truthful and accurate.”

Delta’s chief legal officer, Peter Carter, accused the union of trying to sow “fear and confusion” among its employees about the company’s decision to shorten isolation periods to five days, from 10.

The union’s president, Sara Nelson, said Delta was responsible for confusing workers. “We’re glad that AFA’s calling attention to the issues appears to have led Delta to update its policy several times and communicate this to workers,” Nelson said in her letter, which was addressed to Delta’s chief executive, Ed Bastian.

The dispute concerns Delta’s adherence to a recent change by the Centers for Disease Control and Prevention, which has shortened the recommended isolation time to five days for people who are vaccinated and who get the virus, so long as their symptoms are resolving and they have no fever.

The CDC’s updated guidance was released after Delta executives sent the agency a letter arguing that a 10-day isolation period “may significantly impact our workforce and operations.” Some public health experts had also called for updated guidelines.

Airlines cancelled tens of thousands of flights over the holidays in response to bad weather and because thousands of employees called in sick. In a single day, nearly a third of United Airlines employees at Newark Liberty International Airport reported being unable to work. About 3,000 United employees have recently tested positive for the virus.

After the CDC changed its guidance, Delta quickly adjusted its own policies, slashing the COVID-specific paid sick leave to five days for workers who are fully vaccinated, with two additional paid days if they choose to be tested on Day 5 and the results are positive. In accordance with CDC guidelines, it does not require a negative COVID test to return to work. The CDC’s decision not to recommend a test after five days of isolation has been criticized by some scientists.

Unlike the CDC guidance, Delta’s new policies do not explicitly state that workers must be asymptomatic in order to return to work, though the company does say that those who have a fever or who test positive should not return.

Nelson has claimed that the union is “still getting questions from Delta flight attendants about returning to work with a low-grade fever.”

JetBlue similarly shortened isolation periods for employees, allowing them to stay on leave for longer, but without pay, if they provide a doctor’s note.

Nelson criticized the changes, warning airlines that they could put passengers and airline employees at risk. Delta’s pilot union has expressed similar concerns.

“Unfortunately, changing CDC and company guidance, compounded by limited testing availability, has led to confusion among employees who may be returning to work sooner than they should or are comfortable doing so,” the pilots union, the Delta Master Executive Council, said in a statement.

Most flight attendants at large airlines are represented by unions, and Nelson’s organization has been trying to organize Delta for several years.

In his letter to the union, Carter defended the airline’s policies, saying Delta has been “laser-focused on keeping its employees safe and providing them the necessary time off when they are too ill to work” during the pandemic.