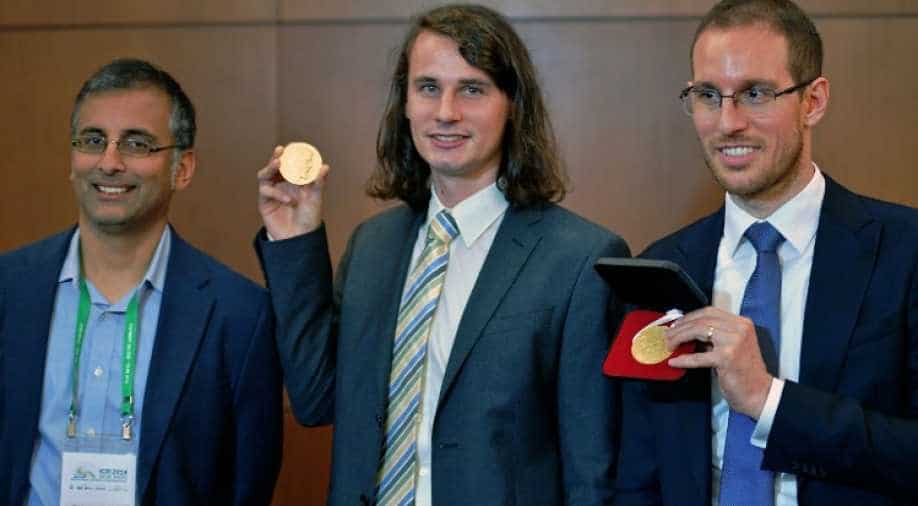 Venkatesh who was born in Delhi won the Fields medal for his research in  number theory.

Akshay Venkatesh, 36, an Indian origin mathematician in Australia has been conferred prestigious Fields medal which is popularly known as Nobel Prize for mathematics.

Venkatesh who was born in Delhi won the Fields medal for his research in  number theory. A child prodigy, Venkatesh has been winning Mathematics awards since he was a teenager.

"A lot of the time, when you do Maths, you're stuck. But you feel privileged to work with it: you have a feeling of transcendence and feel like you've been part of something really meaningful," Venkatesh said.

The Stanford professor had earlier won the International Physics Olympiad at the age of 12. Venkatesh completed his PhD from  Princeton University and postdoctorate from  Massachusetts Institute of Technology(MIT).

Caucher Birkar, a Kurdish refugee teaching at Cambridge University in England, was among the four mathematicians who were conferred the Fields medal.

Born in a village in the Kurdish province of Marivan, near the Iran-Iraq border, Birkar said: "Kurdistan was an unlikely place for a kid to develop an interest in mathematics."

"To go from the point that I didn't imagine meeting these people to the point where someday I hold a medal myself - I just couldn't imagine that this would come true," Birkar told Quanta Magazine.

Italian Alessio Figalli and German Peter Scholze were the other co-winners of the mathematics award.

"Until high school, his only concern was playing football," the International Congress of Mathematicians (ICM), which oversees the prize, said in its announcement.

"I have work for the next 30 or 40 years. But there is one problem I really hope to solve soon: that is me and my wife living in the same city," Figalli said.