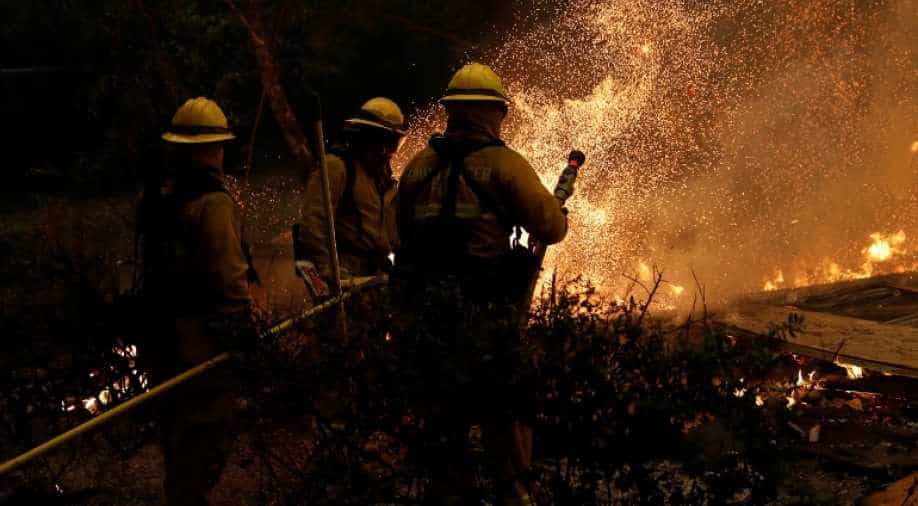 The death toll in California fire rose to 23 on Saturday after rescue workers recovered several bodies of people killed in the devastating fire; news agency AFP reported while quoting a sheriff.

The bodies were recovered in and around Paradise, California, a mountain community some 90 miles (145 km) north of Sacramento left devastated by the 'Camp Fire'.

Firefighters are battling two monster wildfires in northern and southern California which burned out of control on Saturday. The massive fires has already killed at least nine people and forced hundreds of thousands to flee their homes.

According to a report by Reuters, the Camp Fire has burned down more than 6,700 homes and businesses in Paradise, more structures than any other California wildfire on record.

An additional 35 people had been reported missing and three firefighters had been injured.

From miles around, acrid smoke could be seen in the sky around Paradise, the sun barely visible. On the ground, cars were reduced to metal carcasses, while power lines were also gnawed by the flames.

Governor-elect Gavin Newsom has declared a state of emergency to provide assistance to the hardest-hit areas in the fire-prone state.

Fanned by strong winds, the 'Camp fire' has so far scorched 100,000 acres (40,500 hectares) and is 20 per cent contained, the California Department of Forestry and Fire Protection (Cal Fire) said Saturday.

Meanwhile, President Trump, who was in France for World War I commemorations, drew criticism online after he blamed fires on forest mismanagement and threatened to withdrew related federal funding.

"There is no reason for these massive, deadly and costly forest fires in California except that forest management is so poor," Trump tweeted.

"Billions of dollars are given each year, with so many lives lost, all because of gross mismanagement of the forests. Remedy now, or no more Fed payments!"